The Doctor is in

Christmas was once again around the corner and I couldn't help but anticipate what record my cousin Jamie was going to get me for Christmas. There had been a few other people who were influential along the way as well who deserve credit.

First and foremost, my sister Christine. Jamie and her were the same age and had similar musical tastes.  Chris introduced me to rock n roll that was a bit lighter than AC/DC and Iron Maiden, but I still appreciated it as I had a true love of music. Some of the records in her collection were from bands such as Adam Ant, The Clash, Van Halen, Supertramp and The Police just to name a few.

Another influence was one of my best friends Craig. He also had an older sister the same age as mine, but his sister was more into punk music. Needless to say he introduced me to some interesting bands during our years in school together. Craig told me about a radio show that aired Sunday evenings on Q107 called "the dr.demento show" so I decided to check it out. 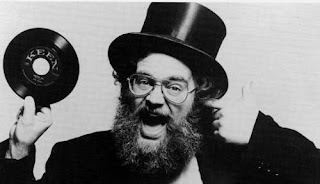 The music was anything but heavy, yet it was highly comical and I instantly fell in love with the show. It was here that I discovered "weird al" and I was really digging his style of putting twists on hit songs. Dr.Demento also introduced me to classic songs like "purple people eater", "they're coming to take me away", "grandma got run over by a reindeer" and all those other wacky, wonderful songs of the comedy genre.

I started writing my own songs, which was basically ripping off what weird al was doing. It was a new, fun, creative outlet for me and I had discovered that I truly enjoyed to write as much as I did draw.

Around this time I decided to listen to one of my dad's records. It was called "are you experienced" by Jimi Hendrix. My dad always had "the mighty Q" on the radio dial and for the most part the classic rock stuff wasn't doing much for me but Jimi was shredding! I couldn't believe my ears when I heard the insane guitar sound this guy had pulled off in a pre-metal era. My musical horizons were beginning to expand, and it was still just the tip of the iceberg...
Posted by Kabal at 03:20