There are certains days, occasions and what not that I'll post in my blog from time to time that deal with what is currently going on in my life, and yes today is one of those days. Yesterday at work I was having a rather busy yet enjoyable day until I went for a quick smoke break at approximately 1:50pm and found out that Adam "MCA" Yauch of the legendary "Beastie Boys" had passed away. Needless to say my day went from enjoyable to depressing at warp speed.

The Beastie Boys have been my all time favorite band since the age of 13. In 1986 I was listening to RUN D.M.C. "Raisin Hell", Public Enemy "Yo! Bum rush the show" and a few other classics, when out of left field came the first WHITE rap group! They were called the Beastie Boys and their record was entitled "Licensed to ill" and the shit was ill!!! I fell in love with it within half a heart beat! The beats were heavy, there was a lot of guitar, and three distinct loud mouthed punks getting in your face with a trifecta of lyrical onslaught. I had even gotten my "Rock-On" sister of all people to hop aboard the rap train! I can remember driving aroun in her pony with her, blasting "Fight For Your Right" while we both enthusiastically sang along like it was yesterday. 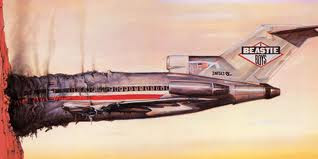 The Beasties got huge with that lp and were quickly at the top of the charts and the top of the news headlines as controversy followed them everywhere they went. Once the smoke cleared they were discarded by the general public as one hit wonders and nobody could give two shits about them anymore.....except for this kid! I had been into breakdancing and rap since its inception and once these 3 white kids like myself came along and showed me I could rap too there was no way I could ever turn my back on the boys.

I scoured magazines and harassed record store clerks for two years solid,(yes pre-internet kiddies!) like a professional private investigator on his most important case, trying to find any information I could about when a 2nd Beastie Boys record would be released. Finally in 1989 "Paul's Boutique" arrived and I was at SAMs in the Bramalea City Centre the day it dropped. There was a big beautiful display set up for it in the middle of the shop, and to my surprise there was not a single soul in the store besides the cashier and me. I was shocked and repulsed and it was at that exact moment I realized nobody cared about them any more even though I hadn't stopped going on about them since first discovering them.

I picked the record up from the display which had clearly not been touched by one customer yet, went and paid for it, then scurried home to the family stereo to drop the needle and strap on my ear goggles. I lied there and listened to this incredible entity from start to finish 2 or 3 times, carefully following along to what are quite possibly the smallest lyrics I have ever seen printed by a band. I can't even find the words to describe how fucking amazing that moment was, and to this day Paul's is still my all time favorite Beasties album and my all time favorite record from any band period. It's the greatest sampling masterpiece in the history of hip hop, boasting more samples than other rappers have used throughout their entire careers.

The public completely slept on it, record sales sucked, yet ask any true B-Boys fan what the best record is and they will all give you the same answer. Sadly I'm not sure how "true" or die hard these fans are persay, as the majority of them never even heard the Boutique until AFTER the boys blew up once again in 1993 with "Check Yer Head", meanwhile yours truly was once again doing P.I. work, hot on the case! The only difference this time was I did it for 4-5 years spanning from 89-93 and as great as it was to finally have my boys back, I couldn't help but be thoroughly disgusted by all the public sheep who quickly gave them praise and acted like they had been down the whole time since 1986.

I got to see them twice in concert that year for the 93 comeback, first at the concert hall and again later that year at varsity arena. The show at the concert hall AKA the Masonic Temple (now home to MTV Canada) was, is and forever shall be the greatest concert I ever attended in my life and I'm grateful I got to share that night and experience with one of my closest friends and bandmate Mike Chapman. Rest in peace. I'll never forget the image of Mike boogying through the crowd ever so NON discretely holding his hand held tape recorder up in the air bootlegging the show. Needless AND sadly to say the jig was up and security confiscated it. Mike did however pull off the bootleg mission at the 2nd show @Varsity Arena, and you guessed it! Yours truly still has a copy of said cassette to this day.

The Beasties continued to release new material as the years went on, once again with the usual gaps of time between them. Everything they released was generally up to par with what they were all about, but like every great band the sound usually evolves as the years go on. In my eyes the Beastie Boys are to rap and hip hop what The Beatles are to rock and roll, regardless of their skin colour. They are my biggest musical influence and the reason I found the faith and belief in myself to start rapping when I was 14. Without them there is no Kabal. Without MCA there is regrettably no more Beastie Boys, as Adam could and never will be replaced, but the B-Boys will live on forever through the music they've created over the last 32 years.(Yes they started officially in 79' as a punk band)  I could go on and on with stories and facts that would fascinate you or perhaps bore some, but I think I'll leave it at this.....i encourage everyone to not mourn him, but celebrate him, his life & his music through his music this weekend as I know I shall be doing....and to always remember the man, the musician, the fucking epic legend!
thank you Adam! I love you man! R.I.P. my brother! 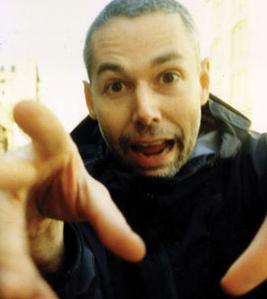