That band was called A.M.Q.A. which stood for Apple Maggot Quarantine Area and they were from . The tape Jay made for me had 2-4 songs of each band, and there were 4 songs by this particular band, Baby Sitter, Big Fat Muffin, Face Plant, & A.M.Q.A.

The recording wasn't the best quality by any means but that was part of what made hardcore music so magical. These kids were finding the means to get their bands out there by any means necessary, which a lot of the time meant crude 4 or 8 track recordings. This also gave the music such a rawer sound that suited it perfectly. I recall some bands re-recording older songs down the road in proper studios and to me it just didn't feel or sound as hardcore because of how polished up it was.

None the less A.M.Q.A. was some straight up radical raw crossover classic ness! I don't know what it was about them that appealed to me so much. First and foremost was the name which I thought was great. It was silly and playful yet somewhat dark and ominous sounding to me, and it was an acronym which you all know I'm a huge fan of.

The guitar sound was so raunchy and rambunctious that still to this day when I hear any of their riffs I want to start throwing down and boogieing. It almost had a tin can crunch quality to it if I had to try and explain it.

The bass wasn't super noticeable due to the overwhelming ness of the guitars, but it was there and was solid without question.

The drumming was some pure straight up insanity! Definitely some of the fastest I had heard to date, perhaps not the most technically sound but I've always felt a little bit of loose sloppiness is an element of punk music that makes it what it is. This drummer had some serious blast beats too before the days of death metal and grind core.

The singer was anything but that, this dude was a straight up screamer with a bit of a higher pitched voice that crackled and growled as he delivered his lyrics, but he also did a bit of cleaner sounding stuff on other recordings I discovered many moons later. With all that combined they just killed it and they had an amazing energy and chemistry about them.

A.M.Q.A. were without a doubt my new favourite band. I think the song "Face Plant" sealed the deal as I was a skater and here was a skater related song. I always loved discovering new bands that nobody had heard of and as I went around spreading the word it was apparent that nobody knew of these guys in my local scene. Even decades later when I brought them up amongst my hardcore elitist friends they would look at me puzzled and confused.

Over the last 10 years I've been in correspondence with Kevin a.k.a. Toast, the bands drummer and he was kind enough to hook me up with some material of theirs over the years. It was also an honour to receive great compliments from him in regards to my own music. As it stands I now have everything they ever put out with the exception of 2 or 3 songs that were on a compilation that nobody seems to have available. I took it upon myself to create a bandcamp page for the band a few years ago to preserve the memory and the music of what I feel is a truly slept on classic act that is important to the history and the foundation of crossover music. 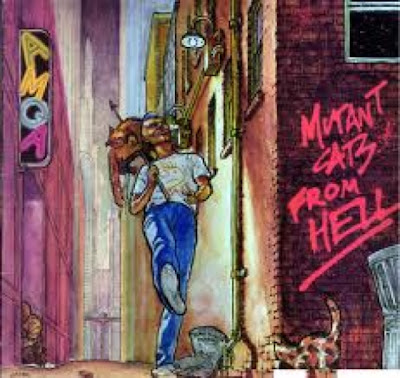