The Legend Of Curious Mold 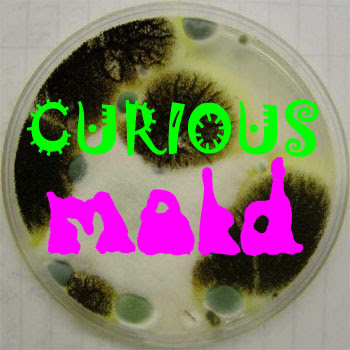 When my buddy John McCuish was incredible enough to give me a copy of the Epileptic Brain Surgeons demo, he neglected to mention any details about it, or even merely explain what was awaiting for me on the flip side of the tape.

Much to my surprise there was a demo recording on the other side of the tape from yet another local band called Curious Mold. I immediately questioned John about this and came to find out that both bands had recorded their demos in the same day at the singer from Curious Mold's house. Or maybe they recorded in John's basement, I can't quite remember now. John went on about how much he loved their music and how great of guys they were. Word had it they would party at his house on weekends while both bands jammed.

As I delved into the demo I became more impressed and more energized as the tape played on. Mold were punk to say the least, and much like their pals in EBS they definitely had a sense of humour which came through in the music. With song titles like "I wanna be an anarchist but my parents won't let me" it was safe to say these guys were on the comical side. They even had their own renditions of the Sesame Street theme song as well as James Bond's theme from the 007 films.

Mold brought it all to the table, speed, heavy ness, comedic elements, cover songs, and they even payed homage to our home town of Bramalea in one song. Mold had their own dance affiliated with them as well, the "Pogo" which is pretty self explanatory. Even the pogo had its own song "Pogo or Die" complete with a fancy intro in the vein of Suicidal Tendencies "possessed to skate"

When I finally started meeting the guys in Mold I was a bit taken back. While walking with Mike Myre in the mall one day we ran into their drummer Sean and bass player Darcy. Sean was a skyscraper of a lanky dude with long hair and he was dressed in typical thrasher fashion. Darcy seemed like a normal looking guy and he barely said a word while Sean orchestrated the conversation with exaggerated facial expressions and light hearted ness that had us all laughing.

A few weeks later I was walking through the mall with Pooh when we ran into their guitarist Jason a.k.a. Bones, who despite his averagely long hair seemed like a quiet, regular, down to earth thrasher.

Not long after I was fortunate enough to be hanging with the EBS boys one weekend when they revealed the fact there was a small party going on at the singer of Mold's house. His name was Mike but everyone called him Beekford, or Beek for short. McCuish was always going off about how Beek was the man, but once I finally met him I couldn't figure out why. Beek looked like some normal, generic dude. He didn't dress like a punk or have anything that really stood out about him....until he opened his mouth. Within minutes I could see why everyone praised him so much, the guy was hilariously funny, the life of the party, and everything that came out of his mouth seems like words of gold to me.

I finally got to see Mold perform at a basement party in Brampton and it was awesome, especially since I was now familiar with their tape and I could sing along and thrash out to their tunes. Beek was one hell of a frontman who commanded your attention and had you hanging off his every word.

Sadly I never got to see them perform much nor did I really get to know them or become friends with them until decades later, but in my mind they were the ones who started the whole hardcore scene in my hometown of Brampton.

There may have been others before them that I don't know of that will forever remain ignorant to me, but as far as I'm concerned my opinion stands as such: without Mold there would never have been a scene that led me down the path of getting into playing in bands.

Even though I had a band before I knew of Mold its the six degrees of separation that have brought me to this conclusion. Long live the memory of the kings of 80s Bramalea G-section basement hardcore punk rock! Without you there is no us... 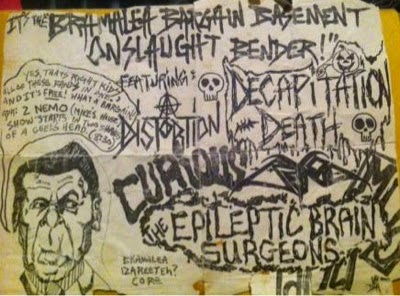