The Adventures of Zany Mandrill

After "Music Plex" opened in Brampton, me and the boys would usually hang out there on a fairly regular basis. For those who don't know the "Plex" is a music store that opened in B-Town, it catered to musicians. You could buy drums, guitars, or whatever else you needed for your musical pleasures. Normally when we went there Craig and Jerry would be checking out guitars while I was browsing the drums, microphones, and the magazine rack.

One day while hanging out there we started talking with one of the new employees. His name was Jay and he had just moved down here from the western coast of Canada. If I remember correctly Jay started talking to us because he had noticed whatever band shirts we were wearing at the time. Turned out he was also big into thrash and hardcore.

Jay was a super nice guy and a pretty kick ass drummer, he had left the dreams of his band "Zany Mandrill" behind to venture out east. Jay was one hell of a drummer and he was always half heartedly complaining that our band already had a drummer in Ryan.

Before long Jay was hanging outside of work with us on a personal basis, he didn't know anyone period so we were his new family. Jay was now an official part of our clan, he now hung out at the mall with us as well as came to all the parties with us, and one of the coolest and beneficial things about him was the fact he was of legal age to purchase alcohol for us minors.

The thing I loved the most about Jay however was the fact he was so eager to introduce me to all sorts of bands I had never even heard of. Jay invited me over to his place once, well his room in the boarding house he was living in downtown Brampton. I had never been in such a place and I found it rather bizarre. We sat in his crammed little room listening to his choice selections while I went through his record bins with a fine tooth comb. Jay had all kinds of cool looking albums from quite a few bands I had never heard of. We didn't have the time to delve into everything so Jay decided to make me a mix tape.

The next time I saw Jay he had the mix tape ready for me just as promised and he didn't fail to deliver. I was introduced to shock rockers "The Mentors" three fat guys who looked like your typical fathers wearing black kkk hoods. Jay also introduced me to "Nardcore" a scene made up of several bands from the Oxnard area in Southern California, the most noteworthy bands being Dr.Know and Rich Kids on LSD.

It seemed that no sooner than the tape was placed in my hands, Jay disappeared like a thief in the night. We went to Musicplex only to find out he didn't work there anymore. I was very saddened that my new friend had upped and vanished, I was even concerned as he had no family down here. I suspected the worst. Eventually I got a letter in the mail from Jay one day, he had moved back out west to pursue his dream as a musician. We kept in contact for awhile via snail mail but eventually that stopped and we never spoke again.

Jay definitely left his mark on me and he has always been in my thoughts. Even now 25 years later I still find myself occasionally trying to locate him on the Internet, he just made that much of an impact in the small amount of time he was in my life.

There was one band on the tape Jay made for me however that really caught my attention and I am forever indebted to him for that, to this day when I listen to them I am filled with happy thoughts and memories of him... 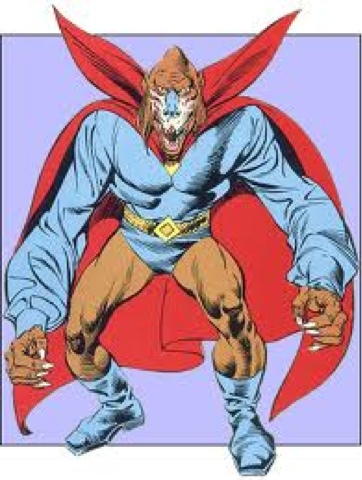