After a week of anticipation that felt like a month, Friday was finally here, the day of the party! When lunch hour hit I headed down to the plaza for lunch so I could give the guys the details and address. Once the final bell rang I rushed home excitedly to prepare for the evenings festivities. Jerry and I would be attending the party as partners in crime. I don't recall how we did it, but somehow we acquired a 24 case of beer to split, if memory serves correct it was Molson Canadian. I don't remember how we got to the party but I'm assuming we took a taxi or got a ride from Jerry's brother, to avoid getting fined by the police for being underage in public with alcoholic beverages.

We were so eager for this night to begin that we ended up going to Lydia's fashionably early, like 5pm or so. There were just a handful of people there, most of whom were helping Lydia with the preparation for the party. Jerry and I cracked a beer, lit our cigarettes, and found a comfy place to sit. Over the next few hours people sporadically started showing up, but not the people we were waiting for. Finally around 8pm the dudes showed up. There was Noel, Spicoli, Dove, Chunk, James, Cummer, and a few others who's faces elude me. We greeted the guys and joined them sitting in a circle on the floor. By this time Jerry and I were already halfway through our case of beer.

It didn't take long before the joints surfaced and started working their way around the circle. A few people who we didn't know were trying to get in on the action but the boys would have no part of them. They did however offer to sell some hash to these strangers who willingly accepted the offer. I don't even really recall seeing much of Lydia that night even though she was my girlfriend. Since she was the hostess she had her hands full with all the party goers, as I had my hands full of doobies and my new found friends. As the party was going on around us we never broke our circle for the entire night, it was almost as if we were having our own party within the party, which was fine with me as I was taking the opportunity to try and bond with my new buddies.

It felt like we were down in that basement forever, when in reality it was only about 10pm. The next thing I knew Lydia's older brother showed up with a group of his buddies. They proceeded to kick everyone out of the house so they could have their own personal party. As soon as I hit the fresh air the 12 beers and countless spliffs hit me like a ton of bricks. I lied down on the front lawn watching the star filled sky spin around me in circles. One of the guys was slowly walking down the street puking every few steps, creating one long runway of barf down the road. All the guys thanked me for inviting them and they all headed in separate directions respectively to retire home for the evening.

As me and Jerry began walking we noticed Spicoli stumbling down the street a few metres ahead of us. I called out "Hey Shayne, where do you live? Which way are you walking" to which he responded "Mine! Mine! Mine! It's all mine!" the famous line Daffy Duck would use when he was blinded by greed. I continued trying to communicate with him but it was hopeless so we left him alone and continued our journey home. I had never been this messed up in my life! I couldn't walk a straight line to save my life and I kept cutting Jerry off of the sidewalk. I believe I ended up crashing at his place that night.

Even though the party was cut short it was a blast and a half, and to this day it still stands in my mind as one of the best parties I have ever attended. It also stands as a right of passage and the pinnacle of me getting in with the guys that I longed to become friends with. It was the beginning of a new chapter in my life... 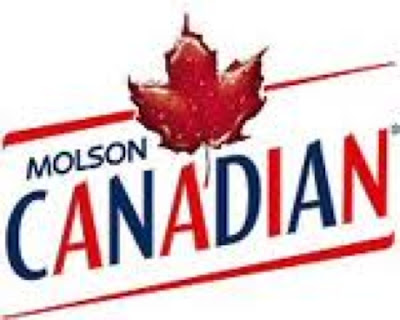