It seemed as soon as the Beastie Boys showed up on the music scene everyone noticed them and everyone was talking about them. They were in constant rotation on the radio and their music video was getting played on what seemed like an hourly basis. A lot of the "cooler" boys were becoming fans, but it seemed myself and two of my best friends at the time (sanjai & jay) were the biggest fans in the school.

Jay was a kid who came to Williams pkwy sometime in grade 7 if I remember correctly. Right from the get go him and Sanjai hit it off and became very close friends, plus they were in the same class together which meant they spent a lot of time together. Jay was just like Sanjai, very small in stature and a very comical person in general. I remember him always wearing funny shirts, like the one with holes burnt in it and the caption "Who Farted?" another fave of mine he wore had a bunch of people in line picking their noses and it said "Pickit Line" Jay also had a huge scar on his abdomen from some childhood surgery that he told all the kids was the result of a shark attack, and of course all the naive students ate the story up in awe.

The three of us were hanging out whenever I wasn't hanging out with Jerry & Craig. Sanjai ended up getting a cassette tape from his friend who went to a different school. This friends older brother was into rap and had made what was essentially the first "mix tape" I ever heard and dubbed. The tape allegedly contained a bunch of Beastie Boys songs and we were super stoked to hear them! Being as big into music that I was, it didn't take me long to figure out these weren't all Beastie Boys songs. What I first thought was DJ Hurricane rapping on a few cuts ended up actually being "2LiveCrew" and we had our minds blown and corrupted by a song called "Hey we want some pussy" There was another rapper on there who clearly wasn't a Beastie, and we learned what time it was when we heard the track "Gucci Time" and quickly figured out that his name was "Schoolly D" 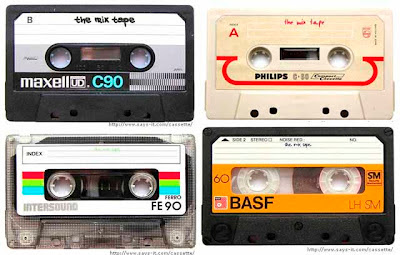 The actual Beastie Boys songs on the mix tape were songs we'd never heard before and it was like we had discovered the lost ark. There were 3 songs, the first was "Cookie Puss" which didn't even have any rapping in the song, it was just one of the Boys making phone calls to Carvel Ice Cream locations trying to get Cookie Puss' number. Cookie Puss was actually an ice cream cake that Carvel sold, I even remember seeing ghetto commercials for it on WUTV Buffalo 29. I felt like I was apart of something as I got the joke they were making. The song was actually cut into two parts and we thought it was 2 different songs. It wasn't until I bought the 12" vinyl in 1990 or so that I realized it.

The second song was called "The Beastie Groove" which we easily figured out as it was a hook at the end of each verse. This was more like the stuff I had heard so far, Cookie Puss was cool and I loved it but this track had way more substance. It also had a slamming beat and contained some Led Zeppelin samples. The beat was so loud and dirty I felt that it made the song very heavy even though there wasn't much guitar in the tune. It was incredible discovering this stuff with two of my best buds who loved the band as dearly as I did but it was even more incredible thinking that other Beasties songs i didn't know about existed out there somewhere...