Happy Canada day weekend to all my fellow people! I hope everyone enjoyed the beautiful weather and got to spend quality time with their families and loved ones. While you all were celebrating our countries birthday, I was cooped up in my necropolis working on songs for my latest upcoming full length 73'. 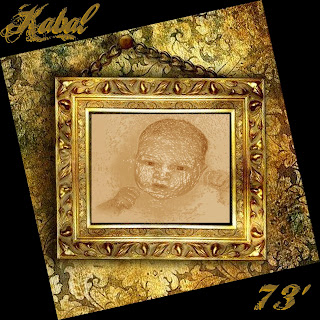 It was a very productive weekend to say the least, as I managed to complete 3 new songs. The first is "outbreak" a Dolemite-esq intro with some powerful music sampled from Black Sabbath's "Breakout", the second song is a cover song of slept on rap legend Schoolly D's "Signifying Rapper" which in itself is a take on Rudy Ray Moore's "Signifying Monkey". The third song was the one I made last week with my best friend Jerry's helpful input, the track is chock full of samples from The Beatles album "Let it be" After an easy mixdown yesterday I wrote and recorded vocals in record time.

All in all the record is coming together nicely and realistically it is very close to completion. As it stands I have 2 songs I need to record my vocals on, 1 song that is completed musically but requires lyrics to be written and recorded, and an outro that I've yet to create. I was also going over my completed tracks and adding samples from the film "Nightbreed" as well as beginning my mixing notes.

The cd layout is also near completion and I managed to find time to work on this as well over the course of my long weekend. I'm seriously considering having this record manufactured as opposed to it strictly being a digital download. If I do decide to go this course with 73' then I would only find it suiting to have a cd release party and possibly a live performance at said listening party. I will keep everyone updated on the status of this project over the next 5 months as its scheduled to release on December 12th, 2012. In the meantime feel free to enjoy the new songs...