The first video was called "Blood Lust" from a band called "Venom" and it was recorded at a live performance, or was produced to appear as such. These guys had serious licks, serious locks and a serious look. The stage was very dark with a dreary light show providing glimpses of this evil trio. Their drummer had one of the biggest drum sets i had ever seen and he ripped them up faster than I had ever heard any drummer do. The vocals were by far the heaviest and raunchiest sounding evil words that had ever been unleashed upon my ear drums. The guitars and bass were fast and furious and loud!

Everything about these guys was heavy as hell and as much as I was digging it I was also getting freaked out as Venom had a GIANT pentagram behind the drummer with a satanic goat head illustrated within the 5 points. As far as I was concerned these guys were legitimately Satan worshippers and I had never seen or heard anything like this. I was frightened yet very intrigued to say the least and with mixed emotions put aside, I fell in love with it! 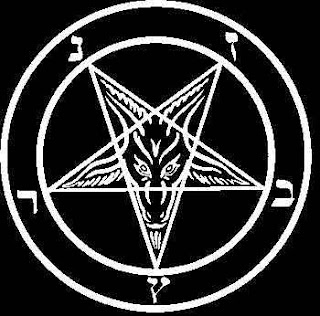 The 2nd video that was in the rotation with Venom & Exciter was called "Circle of the tyrants" by another band I had never heard of called "Celtic Frost". Their singer/slash guitarist was decked out in leather and studs like I had never seen, he almost looked more medieval. He was thin and frail looking but had one of the deepest, scariest voices I had ever heard. The bassist resembled a Vampire and he wore black pants, a frilly white shirt, and his face had makeup on it that made him look undead. The drummer was the only one who looked like your typical metal head.

Their stage show also consisted of dark, creepy lighting and lots of thick smoke. The guitar sound was like none I had ever heard, it was almost buzz saw sounding. The music structure was very appealing too, ranging from fast, mid tempo, very fast & a sick slow breakdown part that I couldn't get enough of. I even used to recreate that beat on my drum machine and mix in scratches with my "Ok blue jays" 45. At one point in the song this voice backed up the singer and it sounded like the big red guy below... in the flesh....and it scared the shit out of me!

This video was also from a live concert and I was seeing madness in the crowd, people slamming into each other, people diving off the stage into the crowd, people with upside down crosses on their foreheads.....this shit was insane! I didn't even know if I should be watching it let alone recording it. I was 100% positive in my mind that every single person in the audience were Satan worshippers as this was definitely some underground cult shit going on. The thought of being there scared the hell out of me as I would certainly not leave alive, or if I did the devil would have my soul and I'd be going to hell.

I liked the song as much as it scared me and I was very happy I had my tape recording that day. I was sure God was pissed at me and there was no way I was going to heaven....but I didn't care because my favorite singer Bon Scott had taught me years ago that "Hell ain't a bad place to be"...