The summer of 1989 was chock full of skateboarding, parties, alcohol, marijuana, & girls. As per usual the summer seemed to flash by in the blink of an eye. With all the great, fun things going on, it was only natural that a negative element introduced itself to react against the positives, thus somewhat balancing the furies.

Our bass player "Vans" announced to us that come September he would be moving out to White Rock British Columbia with his family. We were all saddened by the fact that our band would no longer have a bass player, but ultimately we were terribly upset to lose such a great friend. I decided that before Vans left we had to document the music we made via recording.

During the last week of July we headed up to "The Travelling Musician" a local music store that dealt with renting and selling musical equipment. We inquired about renting a four track recorder, and we were quite surprised to learn it would only cost us a total of $100 to rent one for a month! With five guys in our band that was only $20 a piece. Over the course of the week we each rounded up our $20.00 and on August 1st, 1989, my mother drove us there to pick it up. As I was paying the clerk, he regrettably informed me that he could not for the life of him find the instruction manual for the four track. I guess he felt bad so he never charged us taxes.

I literally spent almost the entire month of August learning my way around the four track and figuring out how it worked, which I managed to do just in time before the final weekend of August crept upon us. We now had 3 days, Friday, Saturday & Sunday, to record our demo. It wasn't going to be an easy task, but I was determined to pull it off.

We recorded all the drum tracks first using 4 microphones running through a 4 channel mixer, that way the drums would only occupy one track. From there we recorded all of Vans' bass tracks just to assure that they were done before he left. Once that was wrapped up we set mics up on Jerry & Craig's guitar amps, and once again ran them through the mixer so they only occupied one track. Once the music was all said and done there was still one track free for my vocals. When it came time to record me I requested that all the guys leave me in privacy. I never had performance issues jamming, but I was very self conscious about then only hearing my voice, as only I could hear the music through the headphones. I nailed all my vocal tracks and we were finished with one day to spare.

I spent the final day attempting to mix the recordings, then I dubbed off a master copy and we now officially had a demo tape, even though in our minds we knew we no longer had a bass player. That fact didn't really matter to us, we knew we would continue on as a band, we were just happy we got to immortalize the five of us doing our thing. We partied hearty that weekend too as it would be the last time we saw Vans. Our goodbyes were extremely difficult, but we dealt with them, handed Vans a copy of the demo, and that was the last time I ever saw him... 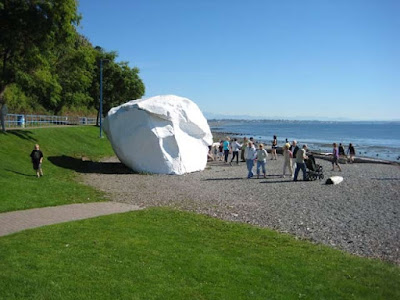