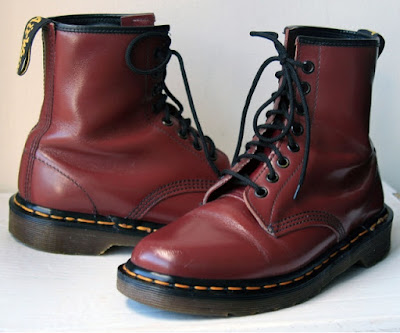 That hero was my best friend Julie, A.K.A. "Jules" A.K.A. "Boots" although Julie had done her fair share of rolling, I guess she was fed up with Maggot. The fact she had rolled a good friend of Julie's was enough for her to march right up to Maggot and call her out. They exchanged words and Maggot readily accepted Julie's offer to step outside.

As they walked off side by side out the mall doors by my beloved Hex Arcade, the crew and I followed a few steps behind. Just as we got to the doors mall security popped up out of nowhere. They seemed to know a fight was about to happen, and they were more than willing to let it happen, but they wouldn't let us spectate.

Never one to be defeated, I shouted out to my friends "Follow me dudes!" as I ran off in a flash up towards Food City, my trusted cronies following right behind as we sprinted like a pack of wild dogs. We bolted out of Food City and ran around the side of the building towards the doors by the arcade. When we got there, both Jules & Maggot were poised with grace, dukes up, looking like a couple of professional pugilists.

Julie was quite tall, around 6 feet, and she was clearly (wo)manhandling the shorter, stouter Maggot, whipping her about like a weightless rag doll. Jules was coming hard with a barrage of kicks and punches. In a clear act of desperation Maggot poked Julie in the eye which immediately stopped the action. I'll never forget Jules ranting on about how she poked her in the eye, she seemed so offended by it despite the fact she had obviously gotten the better of Maggot during the exchange of fisticuffs.

The next thing I knew they were reconciling their differences, then they walked back into the mall together, sat at a table in the food court, and shared cigarettes and words with each other. Some guidelines were set in stone as far as rolling was concerned, and before long the two had become somewhat of friends. From that day forward there wasn't much rolling happening anymore, and Maggot had become more friendly with the people in the scene, humbled by her beat down. There was also no doubt in anyones mind which Chelsea now stood atop the pecking order of the skin head army, my girl Boots!
Posted by Kabal at 12:30