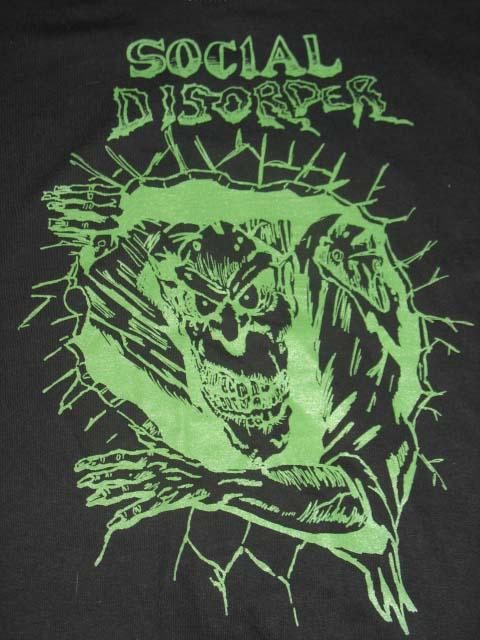 Another summer of debauchery had passed, our band had a demo tape, and our bassist had moved to British Columbia. I had also started growing my hair again, so I slightly resembled my grade 7 school picture. Limey was now in our high school starting grade 9, so he would normally call on me in the morning and we'd walk to school together, or skate. Although I had a few circles of friends, some of those circles had expanded. I still made a point to produce as many copies of our demo as I could and distribute them amongst my circles of friends. I really didn't care about making money off the release, I just wanted to spread our sound and get us out there. I also had recently discovered there was a band with a very similar name to ours, Social Distortion. At this point I really didn't care, our styles of music were completely different, and we had come such a long way to find a name we absolutely cherished, that we weren't about to change it again.

I was quite stoked when John, the drummer for E.B.S. told me he actually liked our tape, that was a great compliment and seemed to make the entire effort worthwhile. Years later in the mid 90's I didn't even own a copy of our demo anymore. I asked John if I could have his copy and he complied. I nearly fell over laughing when I saw what he had written on the tape: Social Disorder rule the earth! In the new millennium I was able to rip the tape to my computer and share it online so it could forever be immortalized.

Fresh into September of 1989 it seemed like any other typical school year, I did not know that it wouldn't be. If I had the ability to foresee into the future I would have done a lot of things very differently. Unfortunately I don't have that ability, and unbeknownst to me, I was going to be in for a long, rough haul this year, with many tough obstacles to climb and overcome. I was also unaware of the fact of how rotten of a human being I would temporarily become, and the trials and tribulations I would have to face for my actions. Strap on your seat belts, it's going to be a bumpy ride!

Be sure to check out the Social Disorder demo tape as well as some new and improved versions of a few songs Jerry and I re did a couple years ago.

Wow! looks like mypace removed the old demo. It was all of the songs inside one track. I'll see if I can sort something out, there are 3 other tracks & video content still in the meantime.