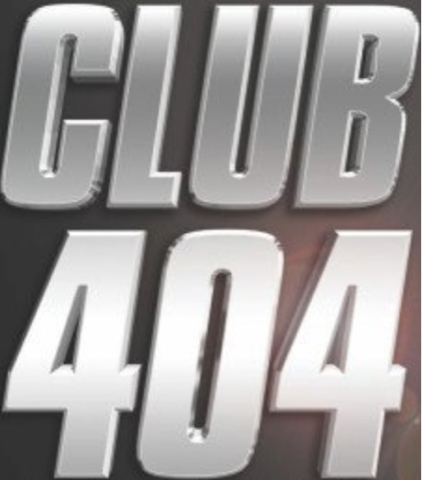 During the re telling of my life's journey through the wonders of music I often unlock certain memories out of chronological order and feel it necessary to backtrack so I can incorporate them into the story. Today's post is yet another example of that, and although the subject matter is from grade nine, it carried through for 2 plus years which brings us to where we are in the story now.

Brampton had opened up an all ages dance club called "Club 404" not long after I started high school, and on the occasions that I hung out with Jazzy Jeff, Eggman, and the rest of the white b-boys on weekends, 404 is where you would normally find us. The club was in somewhat of an industrial area around Queen street and Bramalea road, which was rapidly expanding with restaurants and a slick new movie theatre called "Gateway Six" it was just south of the theatre parking lot where the club was located, a hop skip and a jump from the Taco Bell that was also new to town. Generally we'd go eat there before heading to 404.

404 was a fairly small club and it was always rammed full of people, most of whom were trendy fashionable people. I definitely turned a lot of heads in that place walking in looking the way I did. The club was always full of beautiful girls as well, none of whom ever gave me the time of day as it would likely have crippled their social status within the "in-crowd" It was nice having all that eye candy there I must admit, but I personally was there for the music.

Majority of the music they played there wasn't even my cup of tea, it was mostly dance music, r&b & reggae, but all the top 40 cliche stuff. Jeff had become good friends with the DJ, so he started bringing vinyl with us for the DJ to spin. Most of the time there I was generally bored and girl watching, patiently waiting for the DJ to drop the needle on one of Jeff's records. When the moment finally came I'd have my bliss, and since I didn't dance I would just sit on the speakers nodding my head and rapping along with the likes of Chuck D, Rakim, Fast Eddy, Twin Hype, and a few other classic acts.

On what would unknowingly be my last time at the club, Jazzy convinced the DJ to play "She Watch Channel Zero" by Public Enemy. The next thing I knew the unthinkable was happening...I was dancing! But not like the dancing people were used to seeing here, we had a small mosh pit going with yours truly as the ring leader. I could see the confusion and bewilderment in the eyes of the onlookers when I managed to catch a quick glimpse amongst the chaos. I could tell they didn't like it and didn't condone it, so they started pushing people from behind and trying to trip people. This ignorance infuriated me, which in turn caused me to thrash harder and get ruthless with the onlookers who were trying to stop the action. The next thing I knew I slammed into a group of people which sent a female flying to the ground. Before I could blink I was grabbed by security and escorted out of the building. All kinds of people wanted to fight me because of what happened but I merely stated I was dancing and expressing myself just as they did all night every night. Security hung around to make sure things didn't get ugly, and with my newly shaved head and the way I was dressed, accusations of racism and being a skin head were being hurled. I quickly silenced the crowd by explaining that a skin head wouldn't be caught dead in club 404 listening to black music. After saying my piece I turned my back on the club and proceeded to walk away into the darkness of the night angered by what had happened. Once I finally cooled my jets down I broke the silence with a million dollar question...