There was a kid in grade 9 that I did not know but he was in a few of my classes. This guy was always dressed to the nines in Adidas gear, shoes, sweater, jacket, hat, you name it, he had it. His name was Wayne and he was a bigger guy, about the same height as me but he was much stalkier. Wayne had a jolly red face that was always smiling and adorned with acne.

We were in the same gym class together but we never really talked until the sexual education portion of the semester started and we sat side by side during the in class lessons. I don't really remember how we started talking but it was probably Adidas or beastie boy related subject matter. Wayne was actually a very friendly guy and I was impressed by his musical knowledge.

One day we got on the subject of heavy metal and I was shocked to learn that he was very well versed in metal 101. Wayne knew of all the metal bands on the map and even I few I didn't know about. Turns out he was a huge metal head who even had long hair, but he had made full turn to b boy before entering grade nine.

We got on the subject of vinyl one day and Wayne mentioned he had some old records he would consider parting with. The next day he brought me in an album from a band I had never heard of called Mercyful Fate. The album was entitled "Melissa" and on the album cover was an image of an interesting skull. When I looked on the back I immediately recognized the singer who was known as King Diamond. I had seen a King Diamond video recently for a song called "Welcone Home" which kind of freaked me out and intrigued me. The King had a very interesting voice that was almost opera like, and his face painted black and white with upside down crosses and other satanic imagery. 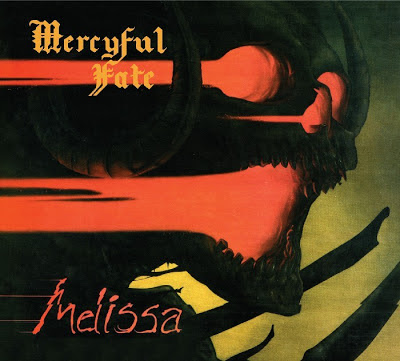 When I went to lunch that day I proudly showed the record to some older metal guys in the smoking area only to be barraged with laughter and insults. Apparently they didn't think King Diamond was cool. All the guys passed the record around and had a laugh. At one point I realized the record was gone, they were obviously trying to pull a gag on me but I played it off like it was no big deal. Magically the record reappeared followed by snickers from the guys.

When I got home after school that day I went to put the record on only to find that it was terribly warped and unplayable. It ended up someone had taken the record, ran off to the welding class and melted it with a blow torch during that period of time that the record had magically vanished. When I got to school the next day I had a laugh with the guys about it, since I was younger and trying to impress them I figured laughing along with their prank would earn me a bit of respect, and it did. They liked the fact that I could take a joke and didn't cry over spilt milk. But I knew in my mind I'd never bring a record around these guys again... 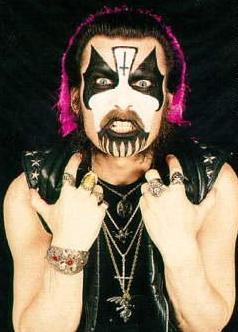