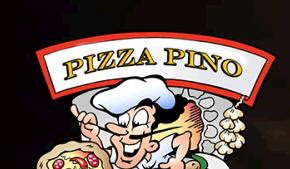 After being confined to my room for the majority of the winter & spring, my folks had finally eased up on the reigns a bit and I was now allowed back to the world outside of my spare bedroom. The trials and tribulations that took place during this time could be a blog of its own, but I'm not going to delve into the endless stories of shit disturbing and trouble making, as they have nothing to do with music in my life, which is the whole point of this blog, so I shall spare you from all the stories of nonsensical behaviour. I was just happy to be a free man again and be able to go out and do stuff. I still had my curfew by law which dictated I had to be inside my home by 10:00 pm on weekdays and 12:30am on weekends.

I was definitely looking to get away from the troublesome crowd I had gravitated towards this year, and what better way to do it then to go back to my musical roots, and my group of friends that I related to the most, the thrashers! It was time to start going to see shows again and get with the times. E.B.S. was playing a pizza joint called "Pizza Pino's" in the Ajax area, with this band called Mal Havoc, who we had heard interesting things about. We actually caught them once at an all ages gig E.B.S. played at The Apocalypse Club in Toronto, but they had changed things up a bit since. Apparently they had a video screen present when they performed now,displaying all types of intense and shocking footage.

We made it out to the show and it was pretty killer. We all hung around the parking lot burning and shooting the breeze, this was actually the first time I EVER stepped foot inside the big white legendary van that belonged to Pooh's brother Steve. As we sat there cooking b.t.s I couldn't help but feel that this was were I truly belonged and these were the people I was meant to be with.

I remember E.B.S. having somewhat of a different vibe that night, I believe it was because a couple of the guys, who normally didn't blaze, had partaken in a bit of the old "devil's weed" none the less my friends and I were stoked to be seeing them again and we expressed that fact all over the "dance floor" of the pizzeria. After the set, it was right back out to the parking lot for more tailgating until Mal Havoc was ready to play.

They were different to say the least, more of an Industrial metal sound, they had no drummer, just samplers, synths, guitars and drum machines...but they were heavy as hell! As promised the video screen was projecting disturbing images of violence, death, lab animals being tested on, etc. I sat there mesmerized by this as I had never seen anything like it, except perhaps the horrors I had witnessed in "Faces of Death" Although the footage was dark, negative imagery, I believe the band was trying to get some form of positive message across, or they were at least trying to raise people's awareness levels.

None the less I really dug these guys and I had no qualms about spending $10 to buy their newest cd entitled "The Release" All the bands I knew only had demo tapes but these guys actually had a cd! That was a big fucking deal! Or so it seemed to me at the time anyway...
I rocked that disc religiously and it grew on me more and more by the minute.

It was nice to be out of my world of shit and back in the pit... 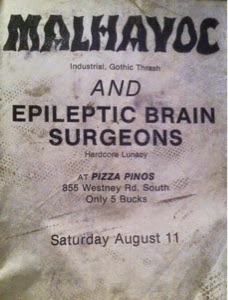