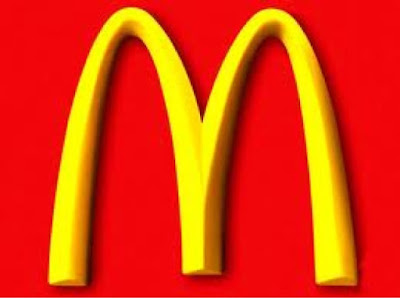 I mentioned this briefly in a previous post, but during grade nine it seemed half of my classmates were working at McDonalds for $4.00/hr, my guitar player Jerry included even though he went to a different high school. My parents were on my case about getting a job so I decided to go apply at McDonalds. As I was filling out my application someone I knew who worked there mentioned I would have to cut my hair if I got hired. Needless to say I immediately crumpled the application up and threw it in the garbage.

I did however hang out there quite a bit, mainly to wait for Jerry to get off work. On my way there I would always stop in the "Pay less" and pick up a big fat cigar for one dollar. At the time you could still smoke in McDonalds and I loved nothing more than sparking up a cheap stogie in there and stinking the place up. To pass the time waiting for Jerry we would also play frisbee with the cheap aluminum ashtrays they provided. We would also kill time by mixing up concoctions of condiments which we would leave on the table for the next person eating in hopes of disgusting them.

I had also met all the other guys in the band Epileptic Brain Surgeons, and their lead singer Steve Waller also worked at McDonalds. Steve had a fairly bad case of acne way back in those days, and rumour had it he would pop his zits into the secret sauce. Once I caught wind of that I refused to eat there anymore until he was eventually terminated.

Not long after his dismissal Steve got a job in the mall working at Mr.Sub. Since I was a dedicated mall rat, I would always go by and visit him and shoot the shit. There were also two hot metal girls who worked their which made my visits even sweeter. We referred to them as the "Sacrifice Sisters" because they could of passed for siblings and their favourite band was Sacrifice, a thrash band out of our great city of Toronto. One day I went by to see Steve but he wasn't working so I decided to chat up the "sisters" who informed me Steve had been fired for doing the "chain trick" in front of customers while he was working. 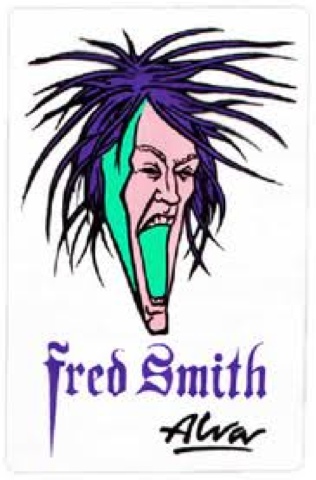 The chain trick was something we learned from pro skater Fred Smith who rode for Alva. To pull it off you had to snort a chain, or string, up your nose. From there you let the one end fall down your throat and then you spit it out of your mouth. This resulted in one end of the chain hanging out of your nostril and the other end hanging out of your mouth. From there you grabbed each end and pulled back and forth, much like flossing your teeth. I started doing this at parties whenever things were slow or boring in an attempt to liven things up.

I was totally bummed that I couldn't visit Steve anymore but he was a fellow mall rat too so I didn't stay bummed out for long, but now that I had my chat with the Sacrifice Sisters, I still had two good reasons to visit Mr.Sub....or 4 good reasons if we are counting boobs...

I tagged Steve on Facebook for this post and he informed me I had made a mistake. It was Burger King he worked at. Home of the "popper" ;D
Posted by Kabal at 09:06