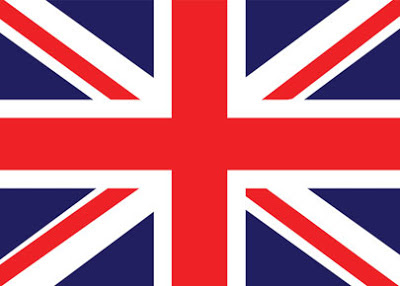 Although this post isn't really music related I feel like it was another defining and shaping moment in the journey of my life, so I've decided to share it with my readers.

Jerry's older brother Dennis had started dating a very attractive girl who was a die hard bible bumper. Generally I would have hated on such a person but this girl could have easily been a super model. One day Dennis told us she had a sister who lived in London England that was coming to visit, her name was Elanor and she was 19 years old.

Jerry's folks had gone away on vacation so the brothers had the house to themselves. Jerry and I harassed Dennis to invite the girls over and we also told him to see if they could bring another friend with them to even the odds. She agreed to bring her cousin and her sister with her. When the girls showed up we were all in heaven. Jerry immediately called dibs on the cousin, leaving me to try and land Elanor.

I had just turned 15 a few weeks prior and had no clue how I could try and hit on a girl who was four years older than me without surely facing rejection. I told Jerry and Dennis I had an idea I needed them to play along with. I told them I was going to claim to have just turned 17 instead of 15 with the hopes of standing a chance with Elanor, if I was even attracted to her.

When they showed up I was instantly enamoured with her. She was short and curvy with sparkling blue eyes and soft blonde hair. Elanor had a gentle voice with a thick English accent that lit my fire. Her skin was porcelain white and unblemished, and she definitely had the largest breasts I had ever been in that close of proximity too. I gave the boys a nod meaning the plan was a go and they had to stick to the story. Before long all three couples were in separate rooms and things began to get hot and heavy. It was a great night considering both Jerry and Dennis hit home runs while I contently hung out on second base.

The next day at school after gym class I started telling a few guys about her in the locker room, the next thing I knew I had peaked the interests of the whole class. They were all wide eyed in disbelief and paying me their full undivided attention. I was 15 dating a 19 year old, so needless to say I was like a legend amongst my peers. Elanor was only in town for two weeks and we made the best of it, spending every possible minute of every day together when the chance presented itself. And like clockwork the guys in my gym class would huddle around me in the change room to hear the erotic tales from the previous night.

A few of them started questioning the validity of my story claiming Elanor was someone I had fabricated, so naturally I brought her to the one place where I knew she would be seen, the mall! As we walked around holding hands I received nods and thumbs ups from fellow classmates who spotted us, Elanor blind to the public display she had been put on. When the two weeks came to an end I was sad to see her go, we said our goodbyes and never saw one another again. Although it was somewhat heartbreaking I had a sense of glory and victory. Even though I was still a virgin I had been with a real woman, and not a school girl...I felt like a man now!
Posted by Kabal at 09:14