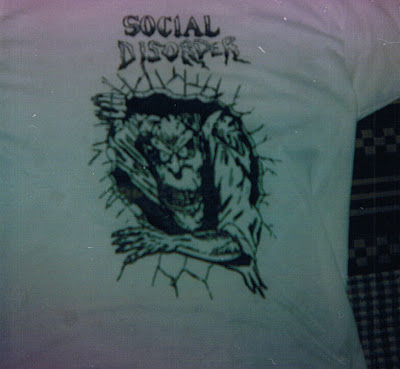 As spring was transitioning into summer, we had been quite productive with our band. We now had a new name, new songs, new business cards, a new logo, new stickers, AND a new mascot!

Not long after designing the "mascot" artwork, I was approached by an overly excited Jerry, rhythm guitarist for my band. Jer was eager to tell me about how his mom could make us some band shirts via the silkscreen process, which she had access to at her work. All we needed was a black and white image, which we already had! I got the artwork to Jerry as fast as I could and left it in his hands, then I waited patiently.

It wasn't long, perhaps a week or two, before we got our shirts. They were beautiful in our eyes and we were all happy to now have shirts, which we wore religiously with pride. The only thing was, Jerry's mom made enough shirts for the band members, so unfortunately we didn't had any to sell. Regardless of that we didn't really care, we were just stoked we had our own shirts!

Jerry was going to Newfoundland for a vacation once the school year was finished, and he vowed to get a picture of his almost 100 year old grandfather, who we lovingly referred to as "Pops" wearing our band's t-shirt. We thought this would make for a great demo cover.

Months later when the mission was complete and the film was developed, the picture ended up being a bit blurry and you couldn't really make out the image on the shirt. We decided the quality was too poor for a demo cover, mind you we didn't even have a demo.....yet! 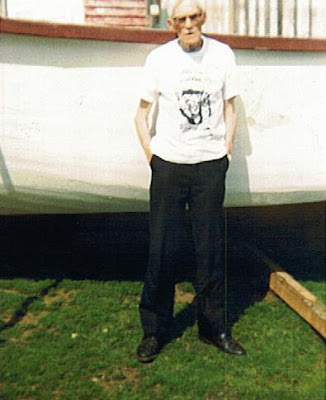