The Legend of the Leather Hat

Just a quick apology to the readers in regard to not posting on Monday. I have no excuses, although I had worked 7 days straight and I was completely exhausted both physically and mentally. I needed a full day of doing absolutely nothing and that's what I did Monday. Ok I guess I do have an excuse, anyhow on with the story!

With Christmas rapidly approaching there were really only two things on my wish list, and looking back on how much trouble I was that year I am surprised I even got anything at all. My parents obviously weren't going to deny me gifts but I honestly wouldn't have blamed them if they didn't get me anything.

The first item I wanted were a set of hair clippers. I had started growing my hair in again at the beginning of the summer prior to grade 11, but recently had decided to try out the "under cut" that everyone was rocking, although I planned on growing mine very long where as most people walked around looking like mushroom heads. I wanted the clippers though so I could shave the undercut myself and not have to pay for haircuts anymore. I even convinced my dad to shave his head with them for his first time ever, and now over 20 years later he's still keeping up with the tradition.

The second gift I wanted was a black leather hat I had seen at a shop in the mall, it was fifty dollars. I can't even recall why I was so obsessed over this hat. Perhaps because everyone was wearing fitted caps, mostly L.A. Raiders and Chicago Bulls. I guess I wanted to be different and original, and the way I saw it this hat was the ultimate pimp daddy of baseball hats. Leather hats were somewhat of a staple in the hip hop world so I guess that had something to do with it as well.

On Christmas morning I was more than ecstatic to find both gifts under the tree. I think I even used the clippers that evening before donning my new hat and going out to the movies with my friends.
I loved my new hat more than anything in the world, and as silly as that may seem, it was as if my life was complete with that hat.

I didn't know it at the time, but my new hat would go on to be somewhat of a staple or trademark of myself, an extension of me if you will. It ended up adorning my crown for over a decade before it started falling apart... 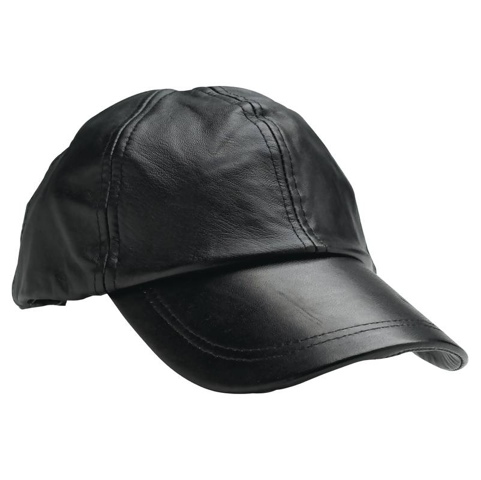