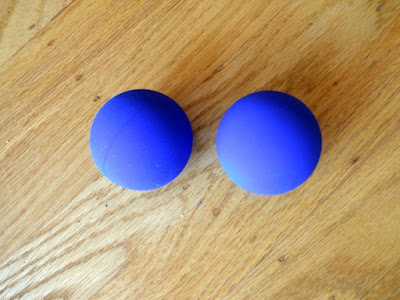 With all my circles of friends rapidly expanding, I was constantly trying to balance my time amongst the various factions. Limey had started hanging around a group of guys who were lots of laughs, fun to hang out with, but they also had "trouble" written all over them.

The hardcore crew was expanding as well, mainly the skinheads, who were rapidly recruiting loners and outcasts who generally got bullied. The skins were giving them a sense of pride and belonging which resulted in them finding a new attitude and outlook, they weren't going to take it anymore. Of course their minds were also being pumped full of racist propaganda.

Jerry was also expanding our crew as he went to a different high school, so he too was branching out and making new friends since he couldn't always spend his time with us. In turn, his new friends also became our new friends.

Jeff, Eggman, and the white b-boy crew were also hanging around a new circle of friends, who were somewhat connected to Limey's new circle of friends, mainly older brothers, friends, and or relatives. Sometimes the two circles would join as one, creating a cluster fuck of nonsense and carrying on. It was on such an occasion as the above mentioned that I met my new "love" interest.

Her name was Shannon and she was 3 years younger than me, in fact she was still in grade 8! I felt somewhat guilty about being interested in a girl who hadn't even hit high school yet, but she was exceptionally beautiful, mature for her age, and she was blessed with a body that most women would kill to have. My friends would give me a hard time about her being 13 going on 14 and me being 16 going on 17, but once they laid eyes on her for the first time the jokes came to an abrupt stop.

I'd go over to her house almost daily in the evenings after dinner, it was about a good 20-30 minute walk from my place, but it was well worth the walk, except on the way home. Have you ever walked for 30 minutes with blue balls? Shannon's parents were quite nice and friendly and they accepted me into their home despite my unconventional appearance and our age difference, which seemed so drastic to me at the time.

One day after we'd only been dating a couple of weeks, Shannon came to me with a concern she had, she didn't like the fact that I partook in recreational marijuana use on occasion. She basically gave me an ultimatum, quit smoking weed or we wouldn't be together. I liked this girl a lot, but did I like her enough to bow down to her requests so early into the relationship? Was it fair of her to come at me with this? I agreed to her terms but I knew deep down in my heart and my mind that I wasn't going to quit smoking dope, I just wouldn't do it in her presence while duping her into believing I had quit. Out of sight out of mind seemed like a logical explanation to me.

Had I known anything about the values of a relationship and the true meaning of love at that age, I would have clearly known that what I was doing was the wrong way to go about it, as no true romance can be built on lies and secrets. But as a teenager it seemed like a great idea. Now the question was how long could I carry on with this straight edge lie?
Posted by Kabal at 12:25