Blink of an eye

Within the blink of an eye everything was starting to change around me. A lot of my white b-boy friends were converting from hip hop over to yet another new form of music known as "House Music" which to me was just another form of dance music. They all started dressing differently. The Nike and British Knight shoes were replaced by "Creepers" and 3 hole Doc Martens. The stylish J.B. track suits they once wore were now replaced by straight leg bell bottom dress pants/jeans. Up top they were wearing very colourful long sleeve button up dress shirts, which were generally adorned with very loud floral and filagree designs. They were getting both ears pierced with gold hoops, and all of them were now sporting slicked back undercut hairdos. They pretty much stopped D.J.ing and were now attending rave parties all the time and partaking in a new drug known as "E" (ecstasy) I wanted no part of this scene, and more importantly it would now be up to me to discover new rap music on my own since they wouldn't be record shopping every week now.

Our band pretty much fizzled out right before my eyes too. Ryan had started hanging around a group of douchey older jock types who were affiliated with my new circle of trouble maker friends, and with that came a new rotten attitude he developed that I was quickly growing tired of. Jerry had made really good friends with two guys from his high school known as "Gilpin" & "Hooker" and in turn he was now spending more time with them as opposed to us. Craig had started hanging around this guy Phil I introduced him to, he was apart of the punk crew. Phil was a great guy and I enjoyed hanging out with him, but all he did was sit in his room and smoke dope, which was fine with me once in awhile but I couldn't just sit there and do that everyday. I wanted to get out, goto parties, meet girls, and enjoy life! Craig and Phil became close buddies and Craig was content to hang out there 24/7 and do nothing, so I only ever saw him now when I went to Phil's place.

I felt somewhat responsible for the division of our band as far as Craig & Ryan were concerned, as I was the one who had introduced them to these circles of friends to begin with. So where did this leave me now? An anti social, yet social butterfly who was desperately trying to balance out his time amongst the many factions of friends he had. I enjoyed each group of friends for certain reasons, and a lot of the time I was hard pressed to decide who I wanted to hang out with.

Most of my older thrasher pals were now graduated, as most of them were two years older than me. Thankfully a few of them were still around due to the fact they weren't the most scholastic of characters. Most of them I only saw on weekends now throughout the party scene. 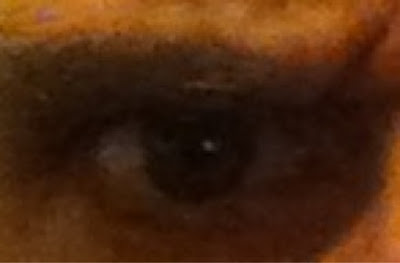