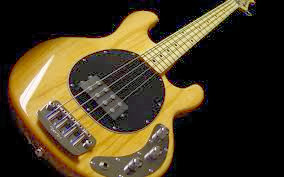 Having to kick someone out of a band is never a simple task, and this was the first time in my life I had been faced with the challenge to do just that. I put it right up there on the same level as breaking up with your significant other. What made it even more awkward on this occasion, was the fact that we jammed with Tyler earlier that fateful evening. Once we dropped him off afterwards we decided to break the news to him, and he did not take it well.

Essentially, we explained that our visions of the bands direction differed from each other, but the truth of the matter was Tyler was just an angry young man we cared to deal with no more. I myself was battling through my own personal anger issues, meanwhile Derek was very laid back, so throwing Tyler in the mix was not healthy for either of us. We had also questioned wether Tyler was racist, as we had heard a few questionable things pass through his lips before, which made Derek uncomfortable considering his girlfriend was a black Jew.

I also remember Tyler suggesting we change the title of our one song "Rug burn" to "Love burn" an idea Derek absolutely loathed. Although a lot of lyrics Derek wrote were about girls and love, he felt the word "love" itself had no place in lyrics or song titles. Looking back at the situation now and how things unfolded, I almost question if Derek disposed of Tyler because he was opinionated, because as time passed it became clearer and clearer to me who the captain of the ship was. The shot caller, the control freak if you will....every band needs one, and this band was Derek's baby.

So now here we were, a two man band again. One green guitarist and a mediocre drummer. It felt like we were right back to square one again with this "band" Not long after giving Tyler the boot, Derek informed me that we could now jam at his girlfriends parents house in their basement. This was good news because it meant we had a "jam space" so we would not have to cart our gear back and forth from Brampton to Toronto each rehearsal.  I'll never forget how excited we were getting the room all "pimped out" to our likings. We even set the mood with incense and candles as well as some inspiring decorative art.

Derek strapped on his axe, I jumped behind my drum kit, and it was time to jam! After playing our usual "rug burn" loop for 15-30 minutes, I couldn't take it anymore. I angrily declared: