As another amazing summer was coming to a close, new beginnings were taking place in the world of music. There was a fresh hit single that was blazing up the music charts worldwide, it was called "Jump Around" and it was released by a white hiphop group called "House of Pain" that consisted of DJ Lethal, Danny Boy, and Everlast. The song was very hype, catchy, and it seemed to pump people up whenever they heard it. I absolutely loved it the first time I heard it, and when I saw the video for the first time I was highly impressed to see cameos from my favourite slept on white rappers "Young Black Teenagers"

Before long HOP were all over the headlines and television. I happened to catch their first interview on MuchMusic, and I was shocked and surprised to learn that Everlast was the same guy who had done some work with Ice-T a few years back. In those days he was a clean cut kid with nice slicked back hair and was dressed to the nines in Armani suits. Now he had a shaved head, goatee, tattoos, and a Boston celtics jersey on.

This didn't sit very well with me in the beginning. I was being judgemental and assuming he was some type of poseur. The truth of the matter was, the old Everlast was just a young kid trying to get his foot in the door of a black dominated industry. He had done whatever the string pulling record labels had told him too. Now listening to the record for my first time, it was apparent Ev had grown as a man and was making music the way he wanted to make it, not the way the record labels expected him too make it. 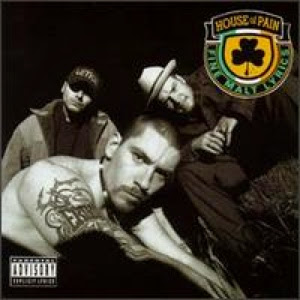 The album was entitled "Fine Malt Lyrics" and it was an absolute masterpiece. There was not one weak track on the entire recording. The sound was original, the beats were slamming, and there were some guest spots too. HOP were signed with the "Soul Assassins" in affiliation with Cypress Hill. I'd always been an east coast fan, but this clique was starting to sway my loyalty to the left coast.

Hip hop seemed to be dominating my life at this point more so than metal. Truth of the matter was there just wasn't much metal being released during what I like to call the "grunge phase" I'd long cut my hair and had started dressing less like a thrash hippy and more like a hip hopper. There was an obvious resemblance between myself and Everlast, so I started biting his style a bit, which made sense since the ladies seemed to love him. It definitely worked out for me, as my luck with the honeys started improving.

One September morning while driving to Toronto with Derek, we were listening to college radio when they announced they were about to play a new single from an up and coming New Jersey rapper who had busted out on the scene. When the song kicked in there was a sample of B-Real from Cypress Hill, which immediately got my attention. The sample in question was also the title of the song, "Time for some action" and the rapper in question went by the name "Redman"

Derek and I cruised the highway bobbing our heads in unison. This shit was dope, original, and banging. I hit up the record store first chance I could and picked up his new release "Whut?Thee Album" on cassette tape. From there I retreated home for my usual listening ritual. I really enjoyed this album, it was so refreshing to hear someone doing exactly what they wanted. The album was driven by a majority of P-Funk samples, most of which I was familiar with from listening to Parliament and Funkadelic. 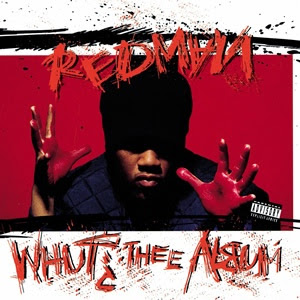 Redman was clearly not your typical hip hopper. His lyrics were sharp, witty, funny, and dark. I thoroughly enjoyed the overall arrangement, composition, structure, and order of the songs. It was very clear Redman was being himself and doing whatever the fuck he wanted to do. Although some production was engineered by Pete Rock as well as Erick Sermon from EPMD, the majority of the music was produced by Redman himself under his birth name Reggie Noble. I found it genius that Reggie and Redman would even converse on certain tracks, it was brilliant.

It was also highly inspiring to me at the time, so much in fact that my brain began brewing ideas and I started working on my very own solo rap project. If only I knew then that project wouldn't manifest for another 13 years...