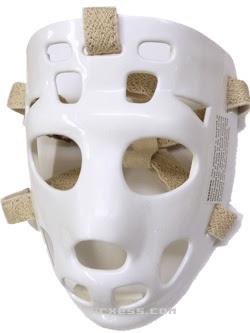 There was no way in hell i was losing my hair! I knew Bob had no chance of beating me, yet the thought of my locks being cut off filled me with feelings of anxiety and worry. I had to come up with a fool proof plan to assure my hair would remain unscathed. All my friends had their own ideas to prevent me from losing but I liked my idea the best so we rolled with it.

My plan was simple, I would only wrestle defensively and let Bob make the moves. I knew I could stimey and reverse anything he threw at me so I decided to just keep shutting him down, proving to him I was the superior wrestler. Then when there were mere minutes remaining in the time limit, my boys would pull a run in which would result in a no contest and we'd both keep our titles respectively. Nobody would lose their belt and nobody would lose their hair....or at least that's what the plan was.

The day of the big match arrived and do did the end of grade 8. I excused myself from whatever class I had before lunch minutes prior to bell time so I could go suit up. My wrestler persona was "Killer Kevin Piper" an amalgamation of my two favorite singles wrestlers at the time, Rowdy Roddy Piper and Jason the Terrible (Karl Moffat) My gear consisted of my high top Adidas sneakers, some colorful "jam" shorts or skateboarding shorts with one of my mother's kilts over top, my "hot rod" shirt I bought at a WWF event that year at Maple Leaf Gardens, and the coup de gras..... A hard plastic street hockey goalie mask donated to me by my good friend Jay Poole. 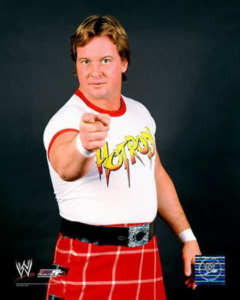 I knew Bob would immediately try to remove my goalie mask, so being the master of head games I decided to start the match off with one offensive move. I still had whippersnappers left over from my Boston trip, so I used masking tape and attached a few to the mask. I then exited the side doors of the school and made my entrance onto the soccer field with my bag of tricks and radio blasting Black Sabbath's "Iron Man". Bob and I now stood face to face as the ref checked us over for illegal objects. As soon as the bell sounded I quickly head butted bob repeatedly causing the whippersnappers to explode on contact, which resulted in numerous small burns on his forehead. As expected Bob pulled the goalie mask off and tossed it aside. 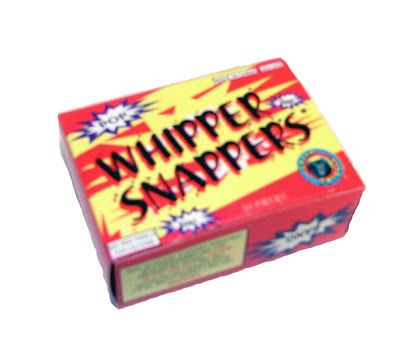 We locked up. Stalemate. We locked up again but this time Bob went for a quick arm bar, which I easily reversed and broke. Another lock up, Bob puts me in a hammerlock. I spin around behind him putting his arm in a hammerlock then I pushed him to the ground. He makes a shoot for my legs while he's down, but he can't get me to the ground. Back to his feet now, he rushed in for yet another lock up. This time he applied a side head lock, which I eanded up pulling out of, and again shoved him from behind forcing him to the ground once again. I could see the frustration starting to build inside of him. Bob couldn't keep one hold on me nor could he fathom why I wasn't attempting any moves of my own. Confused, he kept attempting moves and holds which I kept escaping or reversing, generally resulting in Bob on the ground.

On his feet again, he came in for another lockup. This time he quickly scooted in behind me and applied a full nelson. Bob was applying the pressure hard and asking the ref to check if I wanted to submit. Obviously not. The move was synched in deep. Generally I could escape this move with ease but I had to give him credit, he was locked in for dear life. I threw my head back attempting to smash my skull into his face but he had his head down, our skulls colided and dizzied us both. I stomped on his foot a few times so he readjusted his legs so I couldn't stomp any more. I threw a few kicks back at his shin and groin, which connected but he didn't brake the hold, I made comments about how he must have no balls seeing as the groin kicks didn't affect him. I put my arms straight up and attempted to slide down, a textbook escape from the nelson, but Bob knew of this trick and he lowered his body with mine. I was now sitting on the ground still in the hold with Bob behind me on one knee and one foot.

I was starting to run out of gas by this point so I was actually happy to be on my ass and getting some rest. For the next 20 minutes or so Bob kept asking the ref to check if I was ready to give up. Hell no. I told Bob he may as well break the hold and try something new, as there was no way he was going to submit me. He refused and held onto the belief that this would be his finisher. We sat on the ground for what seemed like an eternity until the time keeper announced there was only 5 minutes left in the time limit. This was the cue to signal the final part of the plan.

My buddy Chris ran in and drop kicked Bob square in the side of the head, which broke the hold and caused the ref to end the match due to interference. Technically I had lost by disqualification but the last laugh would be all mine. Before Bob could collect his thoughts another wrestler ran in and threw a bag of the mysterious "white powder" in Bob's face. It was actually a bag of flower from my mother's pantry. Now blinded and dazed, we all started laying the boots to Bob. Someone put him in a Boston crab and another kid applied a camel clutch. The combination of the two submission moves simultaneously caused Bob's body to resemble the letter U.

Now folded in half and screaming in pain, it was time to end this once and for all. I reached into my bag of tricks and pulled out the scissors. Bob had a haircut similar to Tony Hawk at the time, a skater cut, short with a side part and long bangs. I frantically started snipping away at his bangs as well as the hair on top of his head, making sporadic cuts which resulted in him looking like he had a fight with a lawn mower. The bell sounded to end lunch, so we all ran off laughing and yelling victoriously. Bob was so humiliated that he got up and walked home, instead of returning to class for the second half of the day. With my hair still in tact and title around my waist, I declared the BWA was officially dead. I shouted out "long live the BWF" repeatedly and my chant was joined by the entire roster. We all cheered as we marched back into the school. No one ever heard from or saw Bob again until the first day of grade 9, where he acted like he had never known or met any of us before...WIN!!!
Posted by Kabal at 15:35