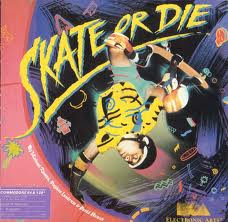 Another fundamental ingredient in the development of my childhood took place during grade eight, the re introduction of skateboarding. Back in the late 70's I had a small, plastic banana board. The wheels and trucks were like those off of roller skates. I played around with it a bit from age 5-10, mainly using it to coffin ride down my driveway or street. For all you un-hip non-skaters, a coffin ride us when you lay flat on your back on the board and coast down a hill.

BMX biking became quite popular in the early 80's and I was apart of that trend, yet I never really felt much of an attachment to it, I was more into riding bikes for the transportation and freedom aspects of it. Now skateboarding was taking over the extreme scene and I was right on board, no pun intended. My mother brought me over to toys r us, or k mart, or sears, or some store along those lines, to get my first skate. It was only about $30-40 from what I remember and was made by DSC, the Dominion Skate Company, who coincidentally had a skateboard factory downtown Brampton, where we would rummage through dumspters for scraps of griptape and defective products. DSC was one step up from no name, but was frowned upon by kids who were riding pro decks like Powell, Vision, & Santa Cruz. My deck was emblazoned with a dark, masked, medieval knight mounted on his bad ass looking horse, both of them were entombed in flames.

I had recently heard my first Metallica song "Four Horsemen" and I had started reading "Judge Dredd" comics, which contained the 4 horsemen (or judges) of the apocalypse, so I instantly connected the character on my deck to "Fire" one of the four horsemen. Being a huge wrestling fan there was also a connection there as well, since Ric Flair had started a recent faction known as none other than....The Four Horsemen! 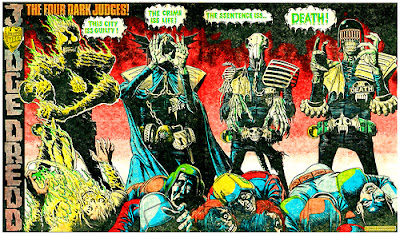 I immediately felt connected to skateboarding. I didn't care that I had a budget board, I was just happy to have one and to be able to skate with all my friends. My buddy Duane had screwed a few screws into the tail of his board, which created dazzling sparks whenever he leaned back on the board causing his tail to touch the ground. We were constantly skating at the French school down the road from us. Nobody really knew any tricks so we just ripped around and did whatever felt right. Our streets we grew up on were all downhill, so most the time we would just bombs the streets and get ridiculous speed, similar to what all the long boarders are doing in the present day.

Skating gave me such a feeling of freedom and personal expression. I loved nothing more than cruising the streets, crouching and swaying like a surfer would, with my glorious black mullet blowing in the wind. My father had forced me into organized sports my whole life, and to be honest I really had no interest in them, I just wanted to make my dad pleased and have him proud of me.


Now I had discovered a new sport that was unparalleled to any other sport. There was no coach, no team, no uniform, no time limits, and no rules. It was just you and your board and anything goes. You did what felt good, you did what you wanted to, you learned tricks at your own pace as opposed to drilling coaches pushing you to impossible limits. I had truly found what to me was the greatest sport in the world! Next to wrestling of course...
Posted by Kabal at 13:12