I don't remember much about my grade 8 grad with the exception of lining up in front of parents in the gymnasium to receive our diplomas, and of course the grad dance afterwards which I don't remember being different than any other school dance. Mr.Q had given me a wake up call as well in regards to attending high school the next year, as I had barely passed grade 8 and there was a slight chance that I may have to attend North Peel, a trade school that fellow Bramptonians referred to as "the half knowledge college" None the less I had passed and the summer of 87, one of the most formidable summers of my life, was here.

My father got me my second job ever, the first being a paperboy delivering "the penny saver" with my pal Duane, but now I had a gig my pops landed me at his place of employment, Bell Canada. The job was quite simple, I was to clean the parking lot every morning, which generally took one to two hours. 2 hours of work a day didn't seem like much, but I was getting paid $20 an hour while other kids were slaving at McDonalds for $4.00/hr and free Big Macs. I was quite frankly rolling in dough for a kid my age, and I spent most of my money on records, tapes, junk food, smut, & skateboards. Every day after work I'd head to the Hex Arcade in the Bramalea City Centre, where one quarter would keep me occupied for hours playing TWA Wrestling. Eventually my friends would meet me there once they were awake, then we would figure out what the day would hold in store for us.

Most of the summer we would bike ride or skateboard as a means of transportation to our destinations. We hung out at the mall a lot, arcade, food court, record stores, even book stores, where we would sneak porn mags inside of rock magazines while we "browsed". The Beastie Boys "licensed to ill" record was the soundtrack to the summer, and it was apparent by looking at us, since we were emulating their look and style. There was one aspect of the look we didn't have though, so we decided it was time to solve that problem...we needed VW logos. Mike D of the Beasties was always rocking a fat gold chain with a Volkswagen emblem straight off the grill of any VW product. Sanjai and myself were the two biggest B-Boy fans amongst our friends, so we came up with a plan to obtain some VW logos for ourselves and our pals. 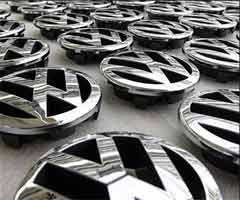 Our plan was pretty simple, we'd walk around parking lots and look for Volkswagen vehicles to steal emblems off of. Sanjai would take care of the removal aspect, since he was smaller and could sneak around easier without being seen. I'd be the lookout man and make sure nobody was taking notice of him. This arrangement worked out great and in no time I was rifling through my moms jewelry boxes looking for chains to borrow. Sanj got a bit carried away in the whole process and started stealing emblems off of other vehicles, to the point where he had multiples of almost every car emblem out there, his pockets constantly carrying every type of screwdriver imaginable. I remember hanging out somewhere on our bikes one day when a jaguar drove by, an emblem he had yet to conquer. The next thing I knew he was off in a flash, furiously peddling his bike down the street in pursuit of the car, in hopes of finding out where it's owner lived. Later that night he went back and got it.

I also got into theft that summer, which looking back on doesn't make much sense considering the fact I was making decent money, although I'm sure I was spending it as fast as I was making it. Sanjai had in a sense became obsessive compulsive with his car emblem collecting. One day while having my usual undefeated morning run of the TWA Wrestling arcade machine, he had the jones to go jack some more car emblems. I told him I wasn't ready to give my game up yet. Nobody could defeat me at TWA so I'd spend the first few hours of everyday on one quarter playing kids, teenagers and adults, until I finally got bored and would usually let a small child defeat me. Sanjai was very eager and impatient that fateful morning, and he decided to venture out into the parking lot without me. He never came back...
Posted by Kabal at 15:11