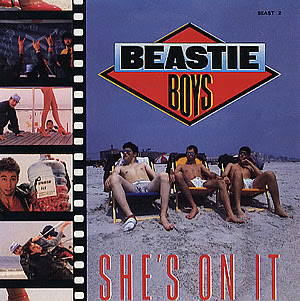 Grade 9 was a whole new world for me. I was no longer king shit of the school, once again just like in grade 6, I had been bumped down to the bottom of the ladder. I was reunited with a lot of old friends I hadn't seen since grade five, and there was also a lot of new kids who I did not know. It was quite exciting to lay eyes on all these new potential girlfriends. The structure of classes was much different as well, and even though classes were longer, the time just seemed to fly right by as the subject matter was much more intriguing than it was in middle school and grade school. Peer pressure was at an all time high now. It seemed like everyone smoked cigarettes, and if you didn't you were ostracized for it. I hadn't smoked since grade 6 and I was quite proud of that. I stuck to my guns until one fateful, stressful day, when I broke down and had a smoke. Who would have thought that one cigarette would propel me into decades of being a smoker.


My parents had finally let up on my leash as well, I was now allowed to stay out later, as well as sleepover at friends houses every weekend. The best part of my new found freedom was the fact my folks were now allowing me to take the Go bus to Toronto with my friends....and NO adult supervision. It seemed like every weekend we were heading downtown to shop, and it was usually the same 4 guys, myself, Jerry, Sanjai & Jay. We always had a blast, especially laughing at the bums and other assorted street trash we would encounter on our journeys.

On what I believe was our first trip there ever, Sanjai and I were on the hunt for Beastie Boys records, more specifically the 12" for "She's On It" I clearly remember going into Sam the record man on Yonge street and asking if they had it, the clerk informed us it was upstairs. When we got up there we spotted the record on a rack at the other end of the store. Sanjai ran down the left side of the aisle, and I ran down the right side. Being an entire foot taller than Sanj obviously meant I had a longer stride, so naturally I got to the rack before he did, and I quickly snatched up the last copy the store had in stock. Sanjai was furious! I told him I'd make a dub for him when we got back home, but that wasn't good enough for him, he had to own the real deal. 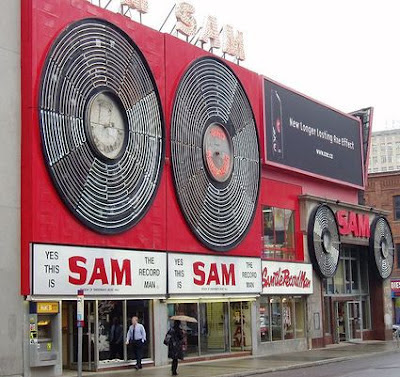 The rest of the day was quite unpleasant as Sanj was in a foul mood and somewhat pissed off at me because I got the record and he didn't. As we shopped up Yonge street he was completely disinterested in everything we did and every store we went it, until we discovered a small record store called "Play De Record" From the outside it was clear this place catered to DJ's, as the window display was full of rap records. We stepped in and it was like heaven, and right before our eyes was a rack FULL of She's On It 12 inches. Sanjai immediately purchased one and was happy as could be. I busted his balls a bit for being an asshole all day when there was really no need to be, plus shit always seemed to work out for us, he just didn't have the patience like I did.
With the two of us completely satisfied, we rode the bus home in silence, staring at our new records. I could not wait to get home and drop the needle. There had been a lot of mystery the past year as to the origins of this song. We had heard it in a movie, we had seen the video, yet we could not for the life of us figure out how to get this song. The mystery had finally been solved!