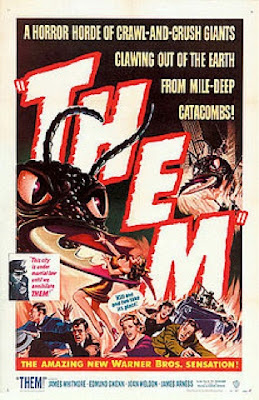 It seemed like having a newly shaved head brought with it some unwanted attention, mainly from the black folks in my high school. I could barely make it from one class to the next without being swarmed in the hallway by a posse of brothers accusing me of being a "skin head" or "racist" just because I had a shaved head. Mind you I did have some skin head friends so I can see how one might get lumped in with them, but the truth of the matter was I had black friends, Asian friends, Indian friends, you name it. I was one of the first white kids I knew of who embraced rap music. How could I be a racist?

Even out in public, like shopping at the mall per say, I'd be approached by "the brothaz" just so they could launch hate in my direction. I remember one time specifically a few of them got in my face and were calling me "skinhead" and "racist" so I ripped my jacket open like I was Clark Kent exposing the "S" only under my coat was a P.E. t-shirt. I yelled back at the group of guys "Do racists and skinheads listen to Public Enemy???" They all stood there dumbfounded in silence as I walked away muttering.

A few weeks later the same group of guys approached me in the mall, but this time they were all smiling and being friendly. The biggest one of the group asked me "Yo star you got a cigarette?" Being the nice, non confrontational person I am, I responded "Yes" and began to take my pack of smokes out of my pocket. No sooner than the smokes appeared, the big guy ripped the pack out of my hand, causing the pack to open, resulting in my smokes flying all over the place. Then all his lackeys ran around laughing and snatching all of my smokes up off the ground. I stood there in disbelief shaking my head. Instead of causing a scene I just walked away while they all scoured the ground like savages, fighting over cigarettes that literally cost pennies back in those days.

As I walked home from the mall that night I just got more and more furious thinking about what had happened. Here I was being generous and kind to these guys and this is the treatment I received? With actions like theirs I can see why one would have racist feelings. You aren't doing much justice for your people when you are causing non racist people to start harbouring hate and resentment towards people of colour. My friends and I even started referring to these ignoramuses as "THEM!" an old science fiction movie about giant man eating ants. I tried being civil, I tried being peaceful, and I tried being the bigger man and where did it get me? Absolutely nowhere. I really didn't know what to think anymore but I did know one thing for certain, I wasn't about to take any more grief or shit from "THEM!"
Posted by Kabal at 12:18