So I had been growing my hair all summer after my mother "beaned" me, and now as 1989 was rapidly approaching my hair had grown quite long. Although I was trying to grow it all one length it appeared like my bangs were growing faster than the back of my hair was.

One day Jazzy Jeff and the crew mentioned they were going to be DJ'ing a school dance at none other than the French school down the street from my old house, a place I had spent many of hours skateboarding, smoking, and playing handball....or murder ball. Jeff asked me if I'd be interested in coming to help out with moral support and I eagerly agreed, with one exception: he would have to play a few songs from a few of my favourite records. Jeff was cool with that and the stage was set.

When the day arrived I decided to try something different. I combed all of my hair forward and then tied on a bandana ala Andy Anderson style from Attitude Adjustment. The effect it caused looked great, a wall of hair raining out the front of the bandana, completely covering my devilish good looks, leaving me to appear faceless. I tossed on my $5.00 D.R.I. shirt, army pants, Chuck Taylor's, and I was ready to roll!

The dance was your typical grade 8 dance, which in general is fairly lame, except for the fact that my boys ran a bad ass DJ crew and they played nothing but the best music. Eventually Jeff through on some of my music and the next thing you knew I was thrashing about the dance floor filling people with fear. Jeff even abandoned his post behind the wheels of steel and joined me in the mosh festivities. All the kids seemed fascinated by our actions and some of them even joined in. Eventually the teachers broke up the fun as they obviously were not thrilled about their students slam dancing.

Things seemed to get a bit lame and tame so I decided it was time once again to liven up the party. I retreated to the bathroom, removed my dog tag sink chain from around my neck, and proceeded to sniff it up my nose, let it fall down my throat, and then spit the other end out my mouth and attached the links. Little did I know someone caught wind of the chain trick and when I came out of the bathroom practically all the kids were gathered around waiting to see. I soaked up the attention as they all gasped in shock. The next thing I knew some teachers became aware of the situation and decided it was time for me to leave.

I figured I'd hang around outside and wait for the crew since the dance was almost over. No sooner than I lit my cigarette I was approached by a very attractive punk girl who was helping out chaperoning the dance. She proceeded to tell me how much she loved my hair and tell me how cool she thought the chain trick was. The next thing I knew her parents were there to pick her up. She slid a small, folded piece of paper into my hand, smiled at me, and then she was gone.

I opened the paper to find her phone number along with her name....Connie 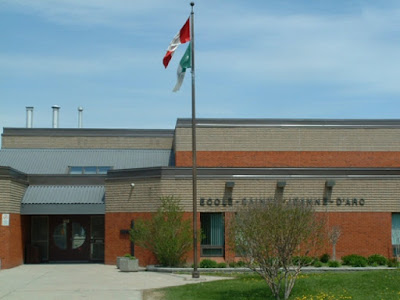