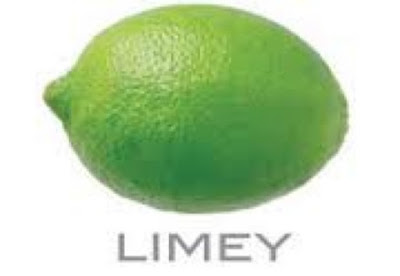 When I wasn't skateboarding in the summer of 1989, you could normally find me at Jazzy Jeff's working on my DJ skills. Jeff had a younger brother named Mike who we referred to as "Limey" since he was completely obsessed with anything related to the United Kingdom. Jeff and Eggman had no time for Limey, nor did they want him hanging around with us. I on the other hand didn't mind Limey since he looked up to me and was always showing up at my door with cigarettes for me.

Limey was very excited to start high school in the spring and he was desperate to be apart of our circle and have some friends. Since Jeff and the crew didn't want him around, I decided Limey could hang out with me and the Social Disorder boys for the summer.
One day while hanging out Limey confided to me that he had never been drunk, had never been high, and had never been with a woman. I assured him that I would change all three of those things for him before the summers end.

That weekend we caught wind of a party that was going down so I invited Limey to come with us. We smoked some hash before we went and struck the first item off of his bucket list. Once we arrived at the party we started drinking and I gave Limey his first beer. Before I knew it he was back looking for another. I was running low and didn't have any more beer to share, so Limey started stealing other people's beer from the fridge, which he also shared with us. A few drinks later and Limey was three sheets to the wind. That was the second item scratched off his bucket list.

Limey ended up getting some girls phone number before we left thanks to your humble narrator instilling the confidence in him to go ask her for it. Over the next few days they talked on the phone and the next thing I knew they were a couple. It wasn't long after that when he informed me he was no longer a virgin, while he sported a mile wide shit eating grin. That was the third and final item scratched off the bucket list and I felt great I had kept my word and came through with my promises.

Over the course of the summer though I started noticing drastic changes in Limey. His manners and respect had flown out the window, he used to talk to me like I was his father or big brother, now he was talking to me like he was the teacher and I was the pupil. Limey also started ripping people off for money so he could support his own habits, including his own friends snd family members. It was quite apparent he had gotten much too big for his britches in a very short period of time.

I sat back in bewilderment scanning my brain for the moment things took a turn for the worse. Very much like Victor Frankenstein I had created a monster, and now the monster was rapidly spiralling downwards on an uncontrollable path of self destruction...
Posted by Kabal at 12:42