The next day at school I was telling John McCuish and some of the older metal guys about the happenings at the wrestling try outs. They all had a good laugh about it and gave me some proverbial pats on the back. John then informed me that him and a few of the guys had been doing their own wrestling training at the school during evenings in the same fitness room on the 2nd floor of the high school. He told me I should come check it out and assured me there were no jocks, no instructors, and no teachers supervising, but there was a record player and we could bring our own records to listen to.

The sessions started at 7:30pm and I found it strange that a bunch of kids could have the run of the school so late in the evening with no teachers in sight. In fact I think the janitorial crew were the only adults in the building. I showed up with my gym bag packed with records and a change of clothes to work out in. I knew John loved AC/DC to death, so I opted to only bring their records as opposed to my new thrash albums. When I showed up it was just a very small crew of guys, maybe five tops, all of whom I had known since the days of grade school.

Everyone was just kind of doing their own thing, riding exercise bikes, lifting weights, jumping elbow drops off of gym apparatus onto crash mats, all while our vinyl records blasted the sound track for the evening. I can remember thinking "how am I supposed to learn anything here?" There was nobody to teach or train me and nobody here had any form of training, it was merely a bunch of guys just fucking around and imitating wrestling moves they had seen on television. I kind of stepped back and appraised the situation then thought to myself "I've been backyard wrestling a few years now, I've got a bit of amateur experience, and I'm very well versed in emulating the moves off tv without seriously injuring people" 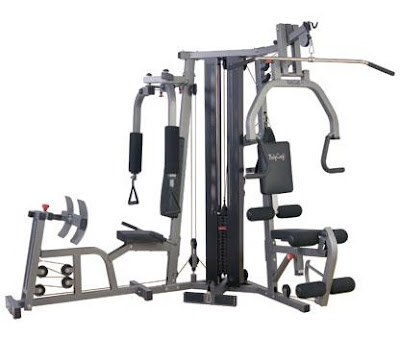 As far as I was concerned I didn't really need any professional training, all I needed to do was hit the weights hardcore so I could be the size of the Hulk Hogans and Randy Savages. By today's standards I may have stood a chance as a cruiser weight, but in the 80s it was all about having a weight lifters physique. I hit the weights nightly for a week or two and started eating like a champ. Unfortunately I have a high metabolism and can eat and eat without so much as gaining a pound. Without weight gain I could not get bigger muscles, this ended up being very frustrating.

As the weeks went on our "training sessions" turned into a gong show of Tom foolery. Now with my band in full motion and my new found love for partying, I decided to give up my dreams of pro wrestling and continue to pursue my art and my music. Wrestling was still very close to my heart and one of my passions in life, but realistically I knew I'd never make it to the big stage unless it was as an announcer or a ref, but to be a wrestler... I did not have the discipline. Unbeknownst to me I would get to live out my boyhood dream over a decade later...
Posted by Kabal at 19:26