With my sister now living out on her own, it was just my folks and I living in the house together. Having a sister six years older than me definitely had its benefits, asides from the fact I was getting bullied and beat on by a girl growing up. My sister however did love me a lot and she was very protective when it came to other older kids picking on me. I remember back when I had my broken arm in grade school some big kid pushed me down onto my bad arm at the bus stop. The next day my sister showed up at the bus stop with a baseball bat and told the kid if he ever touched me again she would break his arm!

Now that I was 14 going on 15 the days of being my sisters punching bag were long gone, plus I had learned a lot of dirty tricks to immobilize her attacks, like pulling on her earrings. My folks had to deal with all the "firsts" with my sister when I was a young kid. By firsts I mean the first time they had to deal with a situation such as finding out she smoked cigarettes, finding out she skipped a class at school, etc. When the time came for me to live out my "firsts" my parents were pretty slack as it was nothing new to them. By 14 years old I was allowed to smoke cigarettes in the house since my sister had been doing it since age 16 or so.There were a few firsts though that my parents hadn't encountered with my sister.

When mid terms came out in grade nine I actually had a D in art class. I don't think I had ever seen my father so livid before, he just couldn't fathom how I was born with artistic talent yet I was failing art. Not only that but I pretty much had all C's and D's across the board. Despite all that winter was here and my folks had booked a family vacation for the three of us to goto Disneyland, it quickly changed to four people with the addition of my nana. We had been once when I was five and now that I was 14 my parents figured it was now or never since I was getting to the age where it disinterested me. The Epcot centre had recently opened so that was the main reason for our trip. 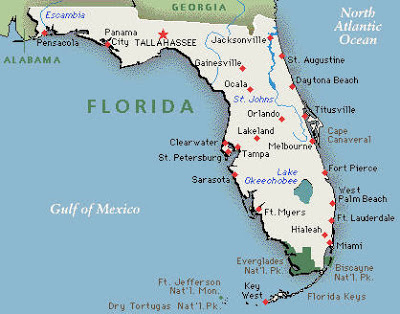 Disneyland was a bit too kid friendly for me by this age so I pretty much just rode "Space Mountain" repeatedly all day. The rest of our trip we spent at places like Epcot and Bush Gardens. The highlight of the trip for me however was the first day we arrived at our hotel. It was the hottest day of our trip and the air conditioning in the hotel was not working. On top of that none of the pop machines or the ice machine were working either. Our room was sweltering and all I wanted was a cold drink. 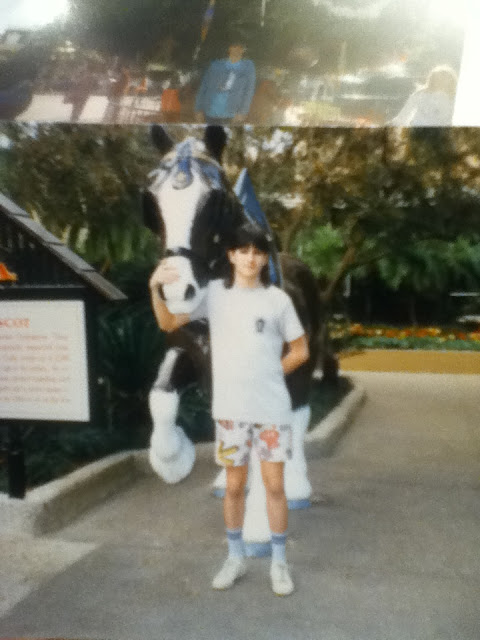 My father had a six pack of Old Milwaukee tall boys and it knocked my socks off when he tossed me one, he could see I was clearly dying for any form of liquid.The beer was piss warm and tasted like complete shit, in fact at the time I remember thinking it was the worst thing I had ever drank in my life. I did not care however as I felt like I was in the midst of a special father/son bonding moment, having our first beer together. I truly felt like my father now saw me as a responsible young man....even though it was the furthest thing from the truth. 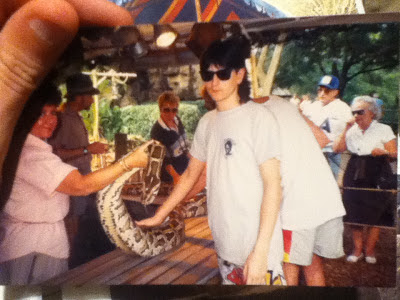 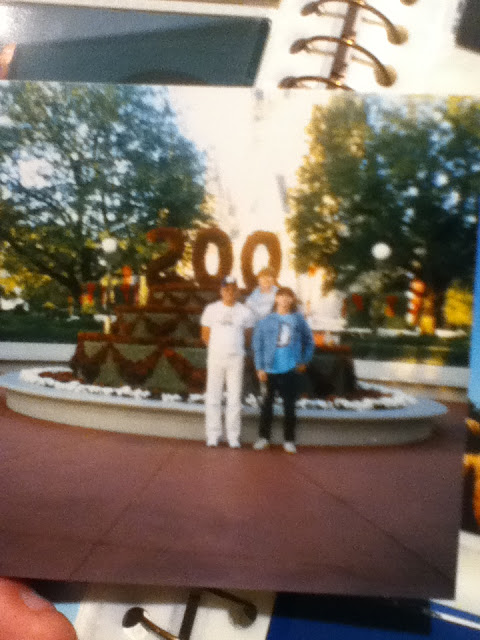