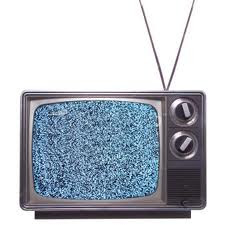 With spring fever in the air all kinds of new things were coming to life and unfolding right before my eyes. As I roamed the school hallways between classes, I bumped into my first "producer" Jazzy Jeff, who seemed extremely anxious and excited. I questioned him on his giddiness and he explained the reason why he was so pumped up, he had just bought the new Public Enemy record and had dubbed it to a tape.

I owned the first Public Enemy album and I liked it, but to be quite honest there wasn't anything that special about it. All in all it was a good album but it definitely wasn't one of my top favourites nor were P.E. one of my top favourite bands. None the less Jeff was ecstatic and insisted I had to hear a specific song, and before I could even answer him he was forcing his headphones onto my ears.

The track started off with Flava Flav stating "you're blind baby, you're blind from the facts of who you are because you're watching that garbage" then came the sound of television static, the type you would here on a channel with no reception. From there a slamming, hard beat kicked in, topped off with one of the heaviest guitar riffs I had ever heard. After a few seconds I quickly recognized the riff, it was the same riff from the intro to muchmusic's power hour....it was Slayer!

When Chuck D came in with his rhyme you could feel the aggression and hardness in his voice and words. I stood there in the hall mesmerized, and banging my head along to the beat. This was by far the heaviest rap song I had ever heard in my life, it was called "She watches channel zero" I've mentioned before that most my friends didn't see the parallels I saw between rap music and hardcore music. They surely couldn't deny that fact now if they heard this song.

I begged Jeff to let me borrow the tape so I could dub it, but he wasn't so keen on the idea. I proclaimed that he owned the vinyl record and I assured him I would bring the tape back to him the following morning at school. Jeff agreed under one circumstance, he would let me borrow the tape but not until the school day was over, as he wanted to listen to it for the remainder of our time there on that particular day. I was cool with the conditions and agreed to his terms.

When three o'clock hit, I met Jazzy out by the usual smoking area, where he handed me the tape with serious conviction, similar to a government official handing important documents over to one of his secret agents. I rushed home in anticipation to see what other incredible sounds and songs awaited my ears...