1983/1984 was another big year for me. I was graduating grade school and moving onto grade 6 in the spring. My friends and I were the big shots of the school this year, and I was dating quite possibly the hottest girl. Her name was Jennifer and she even came with her own theme song.....8675309! 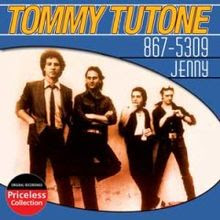 My gang and i were getting into more trouble than ever on the playground. There was a corner where the "handball" wall met up with the doorway for the grade fives that we dubbed "the killer corner" & anytime an unsuspecting kid dwelled there, we would rush in and work them over. Cabbage patch dolls were the big fad for the girls, so naturally we would snatch a patch and pound on it.

One day my girlfriend came up to me telling me about a new kid who had just transferred, who was hitting on her and harassing her. He was shorter than me but very stout. As soon as recess hit I went looking for him to defend her honour. When I confronted him he didn't even say a word, instead he just hauled off and hit me with a huge right hook to the cheek. This was the first time I had ever been punched in the face.

My body didn't budge but my head quickly snapped 45degrees to the right then snapped right back into place. Our eyes met and I was stone faced. I could see the fear in his eyes. He had given me his best shot, a sucker punch at that, and it didn't even phase me. I had taken it like a champ and a big "ooooooooohhhhhhhh" rang from the crowd of kids watching, then everyone went silent anticipating what was going to happen.

The next thing I knew the bell rang and we were assembling in a straight line to head back to class. All the kids were going off giving me props about how tough I was and how if it was one of them who got punched they would have been on the ground balling there eyes out! I felt good inside even though I didn't technically win the fight or even lay a finger on him for that matter. Once again the most deadliest weapon of all had prevailed, the mind!

The fat sucker punching new kid now knew his place in the pecking order and he stopped bothering Jenny, in fact I don't think he ever spoke a word to her again! Life was peachy keen, I was still on top and nothing could get me down..... Until my girl dumped me shortly after! Ces't la vie!
Posted by Kabal at 03:32