It was either grade 3 or grade four, I can't quite remember, but we were given an assignment through our music class that had me drooling upon discovery. We the students, were to gather in groups of 3-4 and choose a song of our preference to perform in front of the class on instruments that we were going to make!

I previously had a "Muppet Show" drum set when I was 5-7 years old so naturally I wanted to play the drums. When I came to my father excited about the project, he insisted that a drum set would be difficult to build and decided on making me a bass guitar. It was already set in stone my friend Craig would be the guitarist for our group so I agreed and we informed the 3rd member of our band he was now the new drummer. We were a bit concerned about this as he was a known slacker but he assured us him and his father would pull it off with ease, build a drum set that is.

We also undisputedly decided that the song we would perform  would be Black Sabbath's "Iron Man" and I would be supplying the vinyl seeing as playing along to the real song was also a requirement of the school assignment. As reluctant as I was to be a bass player I couldn't help but admire and admit the fact my dad did an incredible job on this bass guitar. He made every piece by hand out of wood and used glue and vices and tools until the head, neck and body became one. My dad varnished it and put actual knobs on that turned, he also strung it with picture frame wire which made it look amazing, but there wasn't much twang or sound to it at all.

None the less it looked killer and I was so proud of us, I couldn't wait to get to school the next day and show my friends. I was also highly anticipating seeing what they and their fathers had constructed. When I got to the bus stop the next day I couldn't believe my eyes when I saw the guitar Craig's dad had built him. It was stylishly shaped, painted bright, and was an actual functioning electric guitar!!! 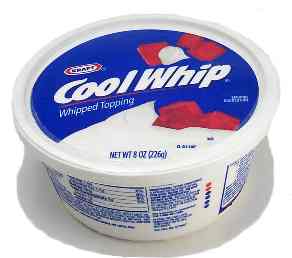 As feared, our fearless "drummer" showed up with (and I shit you not) an empty "cool whip" container about the shape and size of a large one you would buy margarine in. There was also a t-shirt inside it which he later explained to the teacher altered the sound and tone of his "drums" when inserted or removed. LOL!

We managed to make it through the song. If I remember correctly we were all supposed to learn the words and sing it as a trio, but it came out more so as me the lead vocalist backed up by a chorus of mumbles. Despite the few shortcomings we suffered, like my bass making no sound or our lack of a drummer for that matter, we were still pumped about our "first gig". Both Craig and myself were inspired and it wasn't long after that he got a real guitar and started taking lessons and yours truly got the first drum machine from Toys R Us.