If I had read between the lines of the lyrics to the majority of AC/DC songs, I may have noticed all the sexuality they were oozing. Mind you a lot of the song titles spelled it out in black and white very clearly. You had songs like "squealer", "go down" and " love at first feel" just to name a few. Looking back now I can understand why my mother wasn't thrilled about my musical tastes.  I wasn't about the sex, or the drugs for that matter..... Just the Rock n' Roll!

Around this time pay tv was introduced to the public. You could get a small box that you hooked up to your existing cable which gave you access to either "first choice" or "superchannel" and a third shittier channel that I can't recall the name of. My folks jumped on the ppv bandwagon immediately and I was stoked! In the first month we had it I must have watched star wars and meatballs about 17-20 times each!  This was the greatest thing ever!

I also discovered two of my all time favorite movies, "An American Werewolf In London" and the epic animated masterpiece "Heavy Metal" which was loaded with rocking tunes, bloody violence and huge cartoon boobs! 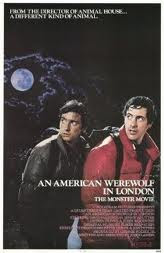 And as if my dads playboy magazines weren't enough, there was an actual playboy channel! Unfortunately my father had purchased a variation of the new ppv box that came with a key, when the key was removed the picture would scramble. My parents went to a bowling league every Friday night, conveniently the night playboy tv aired. My dad would remove the key from the box. It was very frustrating but that changed once I found the hiding spot for the key!

I could now witness the magazines under my mattress coming to life!  I would watch it all night literally until I heard my folks pulling in the driveway close to midnight. I'd grab the key in a flash and dart upstairs faster than lightning, return the key and then jump in my bed and pretend to be asleep.

I now had a new love in my life..... And no, not playboy but movies in general. This was the beginning of my horror movie obsession that still lives strong today.  With endless choices of flicks to watch I was positive life couldn't get any cooler, until my ultimate love (music) took the next step in evolution, and the music video was born!
Posted by Kabal at 12:21