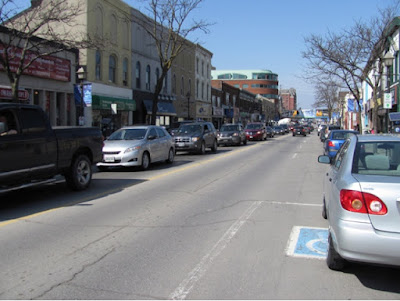 As much of a shit disturber that he was, Limey was a good kid deep down inside, or at least he was at one point, but there was obviously a little bit of that still in him, because when he saw me at school all distraught he knew something was wrong with me. Like any good friend would, he actually made an effort to show he cared. I told him about being kicked out of the house and the whole Ryan fiasco. Limey immediately put out the invitation to come stay at his place for awhile. I was quite received to have a place to stay needless to say.

When we got to his house he went and asked his mom if I could stay over for awhile. He explained the situation and Joan his mother was more than willing to help me out. We jammed around in the DJ booth for awhile and then we decided to go mall rat it up at the Bramalea City Centre, and we definitely were NOT going into Eatons again!

It seemed like we had only been at the mall for a mere matter of minutes when from out of nowhere came my father looking mighty angry. My dad informed me that my mother was worried sick over me and he had been out everywhere looking for me...well he found me! My dad demanded that I come home with him and I obliged without question.

When we got home my mother was very relieved to see me, I guess the guilt had gotten to her as she was definitely regretting kicking me out in the first place. I was actually quite surprised that she only stuck to her word for a few hours before deciding against putting me out in the streets.

My folks and I sat around and had a big heart to heart. I didn't realize just how badly I was bending them out of shape with my actions and behaviour. It was quite clear from their faces, words, and tears, just how badly I was effecting them. I decided I was going to try and be a better son, as I felt like nothing more than a major disappointment to them.

The only question now was how long would it take me to clean my act up and get my shit together?
Posted by Kabal at 09:04