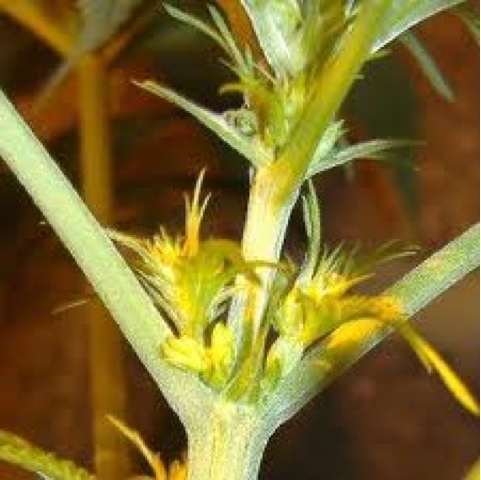 Early into grade nine my sister and her friend had gotten an apartment over on Knightsbridge near the Bramalea City Centre. The buildings on Knightsbridge were known to be seedy and the area was essentially the first ghetto in Brampton.  The first time I went to her place I noticed a plant in her living room and thought nothing of it, until I realized it was a marijuana plant. I asked my sister about it and she confirmed it was and we had a chuckle over it. Obviously moving out of ones parents house meant the freedom to do whatever one wanted to, and I was already anxious about it, regardless of the fact I had at least 4 more years to go, like hell on earth with a terrible president.

At one point my sister went to use the bathroom so I decided to take a clipping off of the plant and quickly hid it in my cigarette pack. When I left her place I just about puked when I realized someone had stolen my brand new bmx bike I had just got a few months prior. As I walked home in frustration I saw a young black kid approaching me on what looked like my bike. As he got closer I became more and more convinced that it was in fact my bike, so just as he was passing me I clotheslined him with my right arm and hooked him like a lariat, resulting in the kid slamming down to the sidewalk on his back, which sent the bike coasting in a "ghost ride" until it tumbled over. The kid laid there stunned and winded. I quickly realized it wasn't even my bike he was riding. I ran off before he even regained his marbles and figured out what had just happened.

The next day before school I decided I was going to try the marijuana I had secretly stolen from my sister, I hadn't even told any of my friends about it as I feared they would possibly be upset with me and perhaps even outcast me. I twisted the herb up in some type of paper, I can't even remember if it was an actual cigarette paper or tissue paper or onion paper, but none the less I managed to roll my first joint. In movies I had always seen people use roach clips to hold their doobies so I had to improvise, a pink paper clip from my art supplies would have to suffice. I opened my bedroom window and literally hung my upper body out of it so the house wouldn't smell. Once I was finished I grabbed my school bag and trusted Walkman and began the trek.

I can recall enjoying the walk thoroughly. My music sounded better than ever and everything in general looked more beautiful to me, I was truly appreciating nature and life in a different light. When I got to school I can remember roaming the halls, which seemed to be never ending, a shit eating grin on my face no doubt. When I saw people I didn't like or had issues with I would blatantly point at them and laugh out loud to myself, as opposed to being angered and causing a confrontation like I normally would have. I ran into my friend Julie who was the only "user" I knew of and I excitedly told her what I had done. At first she didn't believe me but my actions quickly convinced her otherwise.

I felt great, I felt happy, and for the first time in my life I truly felt centred and whole. My anger, hatred and hostility were non existent. I felt care free and wasn't sweating the small things that generally lead to feelings of dread and anxiety. This was definitely one sweet leaf, and I had no doubt in my mind I would be trying it again very soon...