I don't remember much of the summer of 1991, which is surprising to me. You would think that being my first summer as a high school graduate that it would of held some significance or importance. Perhaps it did and I was too fueled up on alcohol and narcotics to remember any of it. There were a few noteworthy parties at schools end, one thrown by Jazzy Jeff was quite epic, but failed to reach the legendary status of Woodstock 91'. Never the less we were all living it up and enjoying our first taste as "adults".

I was still going to Toronto on an almost daily basis. My co op placement was obviously done, but I was still helping Derek run his shop as a source of income for myself. Our band Slow Poke was truly living up to its name. We had been jamming for almost a year now, we had transitioned through a few bass players, and we still had our handful of songs. We couldn't seem to get a gig anywhere in the city without having a demo tape to give to club owners, so we figured we gad better get on that. Derek got the wheels in motion and started searching for someone to record us a demo.

Meanwhile in Brampton I was trying to juggle what little time I had between my family, my friends, and my new girlfriend Sue. Not an easy task when one spends most his time out of his hometown. Regardless, I was making moves. I was getting out and doing things, the things that I wanted to do. I never felt the need to try and force things, I was quite happy just riding the wave of life and seeing where it took me. My folks however weren't too keen on my freewheeling philosophy, as they were constantly on my back about getting a job.

Why did I loathe work? I tried a few places out that the job agency set me up with, but I never seemed to last more than a week in a placement. Dirty back breaking warehouse work was not for me. I was an artist. A musician. A writer. A visionary. I had my own secret agenda of goals and milestones to reach, and there was no way I'd reach them if I was slaving away in dirty factories. I didn't feel like I was above this type of work or the people who do such work, I just felt like I had so much to offer the world. How could I give my offerings to the world if I was trapped in a mindless job? I couldn't. I was free as a bird now, and it was time for the bird to spread his wings and fly... 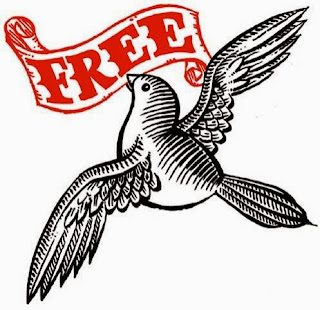