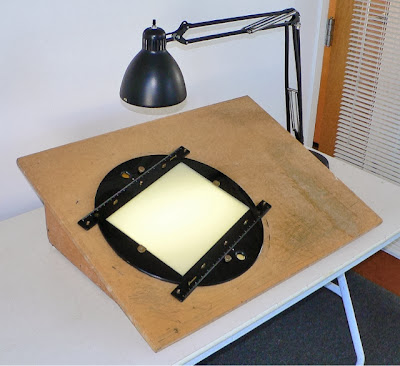 My first day of work was comparable to the first day of school. I was nervous, anxious, and I didn't know what to expect as I entered this new foreign world. I was met at the door by the receptionist, who was an attractive, tall drink of water. She let me in and offered me a seat while she got on the horn to let the "big boss" know I had arrived. Within minutes I was met by the "big boss" her name was Mary, a tiny woman of Asian descent. Upon first appearance one would expect her to be shy and quiet, but she was actually very harsh, abrupt, and loud. I assumed she had a complex due to her being so petite, but looking back I'm going to guess her being the boss had something to do with her harsh attitude.

Mary gave me a tour of the place, and all the employees were checking me out like I had 3 eyes. Eventually she led me to a small, unused room, where she introduced me to a guy named Mark. Mary left me in Marks hands so he could show me the ropes, then she quickly vanished to the sanctuary of her office. Mark was a very nice fellow, he had a bit of a limp and a gimp hand, I believe he had MS or some similar condition. Mark had the lovely task of cleaning labels off of VHS cassettes so the company could re use them, and lucky me got to help! We literally spent a full day scrubbing labels with lighter fluid of all things, the fluid was best for removing the sticky adhesive apparently.

I finally got a lunch break around noon, and I couldn't be happier. I was going a bit stir crazy from 4 solid hours of scrubbing labels. I didn't really know what to do with myself, or where to go, so I smoked a cigarette as I walked the streets, eventually coming across a hot dog vendor, entrails and intestines sounded good to me. After lunch it was right back to scrubbing labels. Not long into it we ran out of lighter fluid. Mark declared we'd need more, and he asked me if I'd be interested in going out to buy some. Of course I would! Anything to get away from these labels! I was given some petty cash via Mary, and next thing I knew I was walking down King Street, smoking a cigg, on my way to buy lighter fluid. I took my time on this mission as I was in no rush to get back to those VHS tapes, but I couldn't stay out on the streets forever, so there I was again, back in the empty part of the studio scrubbing labels.

Now when I say the studio was empty, I mean it was set up like a functioning animation studio, with light tables and all, but NOBODY worked down there, everyone worked upstairs in newer offices with equipment that was also clearly superior. It seemed like Mark and  I were the only ones who worked on the main floor, with the exception of the receptionist. I soon gathered that Mark was essentially the "gopher" around here, as he obviously wasn't doing any animating with his bum hand. Before long it seemed like I was rapidly becoming the new gopher, as I was constantly cleaning things, xeroxing endless amounts of work for the animators, and going on supply runs. One benefit of this was being able to get out of the office and cruise the streets of Toronto. I'd take my time, go shopping in record shops along the way, and pop in any other place that caught my eye. Lightbox had business accounts with all the art supply shops in the city, so when I went for pickups I didn't even need money, everything was charged to the company account. Naturally I took advantage of this and started throwing in extras for myself on the company's dime.

Mark ended up leaving and I was officially the new bitch boy for Lightbox. One very cool aspect of literally having an entire floor to myself, was the fact that I was never being watched or monitored. It's not like I was up to anything shady, I've just always proffered working alone. When I was done my list of tasks that were assigned to me each morning, I had the rest of the day to do as I pleased, and a fully operational animation studio at my finger tips. All I did was draw in my free time and plan out animated films that I aspired to bring to life one day.

A few weeks in on a Friday afternoon, Mary asked me if I would be so kind as to go pick up some supplies from "Curry's" on Queen street west, a place I was very familiar with from my Toronto shopping excursions. I got the list from her and was on my way. As I strolled down Queen street, I started thinking about an old friend from school who I had heard now ran a clothing store down here. I decided I would pop in and say hello to my old school mate. Unbeknownst to me, what started as a simple gesture of friendship would lead to an incredible musical journey that would influence and dominate a major portion of my life...
Posted by Kabal at 06:44