Shut up, be happy 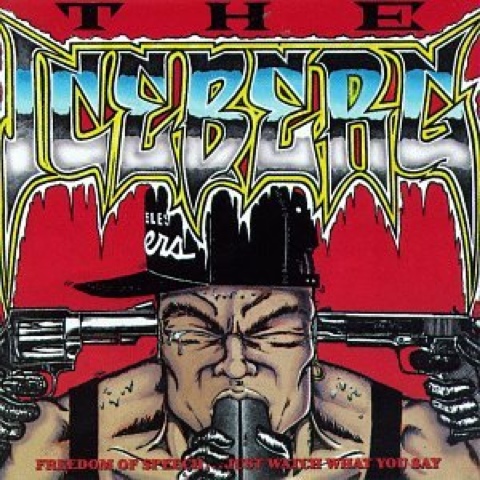 One fact among many that I thoroughly enjoyed about my new group of older friends, was the fact they were open minded enough to enjoy rap music. It seemed that metal heads had no time for rap, but people who were open enough in the mind to transition from metal to hardcore, such as myself, seemed to understand and enjoy the concept, sound, and raw energy of rap.

One of my earliest memories of partying in Dove's basement was one of my first times there. We were playing ice hockey on the Nintendo and listening to Black Sabbath. Noel showed up, and he was notorious for controlling the stereo, no sooner than he arrived he was sitting cross legged in front of the stereo. As soon as whatever Sabbath song that was playing finished, Noel quickly removed it from the stereo and cued up a new selection.

The song opened with the sound of rain & church bells, then the beat and ever familiar Devil's tri-note kicked in. I recognized it right away, it was the song Black Sabbath. I couldn't figure out why Noel turned off Black Sabbath just to play more Black Sabbath. Then out of nowhere a voice kicked in and began to talk. I also immediately recognized the voice, it was Jello Biafra, lead singer of the punk band Dead Kennedys.

The words he spoke were delivered in the vein of some government official making an announcement to the masses of how America was now under marshal law, people had to stay in their homes etc. the song was called "Shut up, be happy" and I found it very powerful. Once it ended I was shocked and surprised when a mellow hip hop beat kicked in. I asked Noel what the hell we were listening to and he informed me it was the new Ice-T album "The Iceberg/Freedom of Speech"

I sat back drinking and smoking taking it all in. We listened to the album from front to back and I was quite impressed with the newest release from the Iceberg. A lot of the songs were hype and upbeat, and once again had that aggressive parallel to hardcore music.

Over the next few weekends parting at Dove's I discovered the guys were listening to even more Ice T records and more rap in general, mainly Beastie Boys, N.W.A., Big Daddy Kane, & Boogie Down Productions just to name a few.

I felt such a sense of relief knowing that these new friends wouldn't ostracize me for being a fan of rap music, something I hid from most people as I was always ridiculed for it, even from my own friends I grew up with, but now in a house that wasn't mine I truly felt at home...