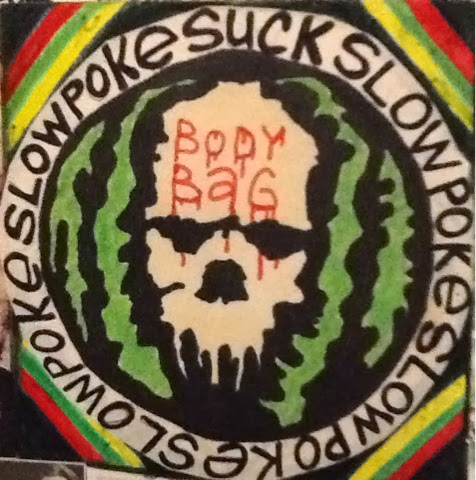 There was no debating that 1991 was a huge year in my life with a lot of happenings that would pave the road to my future. The winter had arrived and it seemed like all the incredible ness of the year was slowly winding down to a finish. Things had quieted down and we just kept on doing our thing, working at the shop and jamming. It was a bit of a bummer having such a great year that was now slightly boring in the last few months, until the phone rang at the shop one day.
I didn't know who Derek was talking to, or what they were talking about, but he seemed very happy and excited. As soon as he hung up the phone he eagerly blurted out "WE GOT OUR FIRST GIG MAN!" I was shocked. I quickly started questioning him about the details. It was a benefit show for Covenant House, a shelter for battered women. We wouldn't be getting paid to play but that was besides the point, we were just happy to finally have a show to get us some exposure. The concert would be taking place at The Opera House and naturally we were all stoked to be playing our first gig on the stage we had seen some of our favourite bands perform.
The promoter of the show came by the shop the next day to collect some artwork from us to use for advertising. Before long the promoter was back to drop off posters for the show. It was such a great feeling to see our band name and logo on a poster! We hung some in the store and promoted it to every customer who came into Afterlife.
When the day of the show finally arrived, December 30th I believe, we were at the Opera House and ready to rock. We befriended some of the other bands whose performances we enjoyed, and then it was finally our turn to hit the stage. We played fairly decent but there were definitely some errors, even though the crowd didn't notice them. We did, especially Nav who seemed bummed out by our performance despite the crowd giving us props. A lot of people approached us afterwards with kind words and we networked with as many people as we could in hopes of securing future shows.
A couple of weeks later a very important day was upon me... My 19th birthday! I was very excited to goto a strip joint with my friends. My sister bought me a 24 of Budweiser as a birthday gift, so me and the boys ran through the case and then headed to Runway 66. This wasn't my first time in a strip joint, but it was my first time being in one legally. Much to my dismay the bouncer never even asked me for I.D. We drank all night, got table dances, and had many a laugh. I headed back to Sue's to sleep the night and needless to say I was a bit worked up. Much to my dismay she was not accepting of my advances and being that it was my birthday it bothered me.
As I laid in bed hot and bothered, staring up at the ceiling, thinking of all the women I had seen earlier in the night, only one thought crossed my mind... I need to be single again...
Posted by Kabal at 08:12