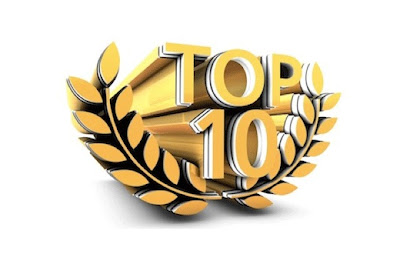 I've been a bit overwhelmed this week between working and tattooing, that I haven't had much time to write. On Monday I plan on getting back in the swing of things and continuing the story.

For today's post however I've decided to share some top ten lists with you, these lists merely express my personal opinions and they are not based on any type of charts or record sales. With that being said I hope you enjoy my essential top ten lists for punk, thrash, and hardcore. Please keep in mind that these records are listed in no particular order.

If you don't own any of these releases, or have never heard any of them, then I strongly urge you to check them out! Have a great weekend everybody, Heavy Ghetto will return on Monday, July 8th, 2013.