Fall had arrived. The ground was littered with multi colored leaves. Hoodies and toques were making their way back into society, and Derek was gearing up to head to the CMJ music festival in New York. A little birdie had informed him that he would have to pay duty on every copy of our demo he brought across the border, so we came up with a plan. A simple sticker design that said "Grasshopper - Born Loser: promotional copy not for sale" which we hand cut and placed on every demo. Now he would not have to pay duty on the demos, and if need be Derek could remove the stickers in the states and still sell the tapes. Off he went to the Big Apple.

With Derek gone, we actually got a bit of down time, which had become quite rare in the life of being a Grasshopper. I took the opportunity to catch up with my old friends, as well as work on 3 n' Pass material with Mike and Mike. Some of my Brampton boys were complaining about how I was always in the city now, so instead of just lazing about in Brampton with them I suggested we go hit up the city.

Most of them hadn't been to the Record Peddler in years, so we made that our first destination despite the fact I was there on a weekly basis practically. The thing I loved the most about the Peddler was the fact that they always had some awesomely unique music playing, and this day was no exception. There was a very unique song playing in the store that was a melodic mixture of dance, industrial, and spoken word. The lyrics were all about vegetarianism and the message was politically strong and demanded your attention. We asked the clerk exactly what we were hearing and he informed us it was a band called "Consolidated" and the name of the album was "Friendly Fascism" I immediately picked up the cd and Foxy Bano bought it on cassette. 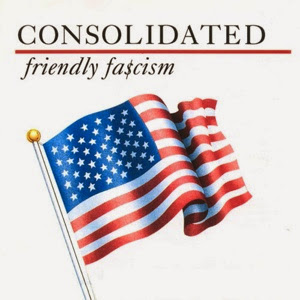 Consolidated were really cool in my books. They supported homosexuality, vegetarianism, and respect for the individual, while voicing their opinions on hate, racism, politics, animal cruelty, and many more negative aspects that we as humans face every day in our existence. It wasn't long before a video popped up on MuchMusic for one of their songs, and naturally I recorded it onto VHS.

When Derek returned from New York, I was very excited to introduce him to Consolidated, and as I suspected he instantly fell in love with it. D had a great trip, had met some great people, and he gave our demo to anyone and everyone he thought could help benefit and further our career as an Indy band. He had also gotten a ton of swag and I was totally stoked with the gifts he brought me, a sweet Cypress Hill t-shirt and a slick House of Pain brass pin. Derek had a bunch of demos from other bands he received while in NY, so the next morning on our commute to the city we decided to check one out. It was a cassette single with only two songs, one on each side, by a new unknown band called "Rage Against The Machine" and the names of the two songs were "Bombtrack" and "Killing In The Name Of" 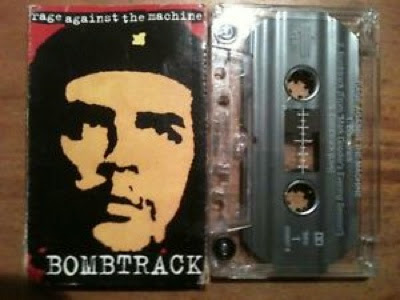 We had no idea what we were in store for, but we had no idea our minds were about to be blown either. The sound was so unique. Heavy drums but in a hip hop fashion, heavy guitars that also sounded like a DJ scratching records, fat and funky bass lines, and an amazing vocalist who rapped, screamed and growled with the ultimate conviction. I immediately recognized a riff from a Funkadelic song in Bombtrack, which just showed me these guys were well versed in black music. Even though the cassette single only had two songs, we listened to them over and over again for the entire 30 minute drive to Toronto. We just couldn't get enough of this new unknown band.

The next day Derek brought another cassette tape with him he had gotten at CMJ. It was yet another band we had never heard of called "The Goats" and the name of the album was "Tricks Of The Shade" Soon as the first song kicked in entitled "Typical American" we were instantly bobbing our heads in unison. The unique part of this album was the fact that all the songs had a skit between them that told the ongoing story of two parent-less street kids trying to find their biological mother and father at a freak show carnival. Every song on this was a banger and the lyrics were very on point. The band was also highly political, taking numerous pot shots at the government and society in general. It truly brought back that political activist rap attitude that I associated with one of my all time favourite bands, Public Enemy. 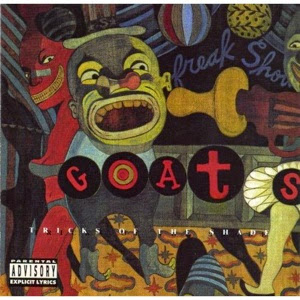 It seemed like all we listened to for the next few weeks was Consolidated, Rage, and The Goats. It wasn't long before I had memorized all the lyrics to the songs, which was a task in itself given the abundance of words on The Goats album alone. Thank god, or satan, or whoever, for my uncanny ability to lock down lyrics in my mind. Shortly after all of these events unfolded, I made a startling discovery while reading Now Magazine one morning: Consolidated and The Goats were coming to Toronto to perform at The Opera House.

It looked like Christmas was coming early...
Posted by Kabal at 08:17