Pooh was his name, well his nickname, Paul was his real name, Paul Donohoe. Just like all the other surgeons, Pooh was a super nice guy who would always take the time to stop and chat. Once I caught wind of him working at Sears with Mike, I would drop by religiously to shoot the shit with him in Sears. I'd usually meet up with him when he went on his lunch breaks as well, where nine times out of ten he would eat fries and gravy. Pooh was also a very funny guy with a great sense of humour, it was not unusual to see him red faced with a big toothy grin.

Being the hardcore sleuth I am, I set out to discover the origins behind Paul's nickname, and my work was received with multiple versions of the story. One version was that he was a big fan of Winnie The Pooh as a child. Another version was the name spawned from his eagerness to let loose tremendously loud burps and farts whenever given the chance. Yet another version laid claim to the fact they Pooh would take Polaroid pictures of his bowel movements in the toilet. Said pictures even adorned the inside of his locker at Ching high school. I came to the conclusion that all of these theories held some validity to them, and all of them combined made up the elements of the man that was Pooh.

Asides from John, Pooh was the first surgeon whoever invited me into his home, where I met "Mama D" his mother, who was quite possibly one of the nicest ladies I've ever met to date. Pooh generously baked up his favourite delicatessen for us to snack on as well, oven fries. To this day I still don't think I've met another individual who adores French fries as much as Pooh.

Pooh had a lot of great records in his collection, including one that was most dearest to his heart and very dear to mine, "American Paranoia" by "Attitude Adjustment" Pooh also had a lot of awesome "huggers" super tight t shirts adorned with the logos of his favourite bands, teams, or anything that he found amusing. He also always had the most stand out guitars, always decorated with stickers and pictures of cool and provocative things.

While we were hanging out watching a video of the last EBS show, Pooh's brother Steve came home. The guy I talked about in the Captain Caveman post. Steve had his band mates with him and they had come to jam. I had the privilege of hearing his band Distortion for my very first time, bellowing up the vents from his bedroom below in the basement that was known as "the geon" short for "the dungeon"

One day after school I was walking to 7-11 with a group of guys when I found an envelope full of pictures on the ground. The contents revealed an older lady in a hotel room with multiple men involved in a gang bang. I brought the pictures to the mall that night and everyone had a laugh over them. Pooh ended up taking the pictures and he put some up in his locker at school. Whenever anyone inquired about them, Pooh would modestly reply "Oh that's my mom" without even cracking the slightest smile. That was Pooh! 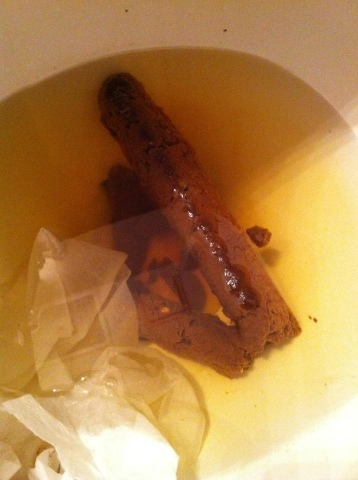