Playing in the grade seven band definitely gave me a sense of belonging and made me feel like I fit in somehow, despite being clearly different than most of the kids in my band class, which in general were mostly nerds, geeks and scholars. Apparently the "beautiful people" were too cool or high on themselves to be caught dead in the school band with the exception of a few.

I grew up wanting to be a Rockstar so naturally joining the band seemed like my first step to stardom.  This wasn't really the type of band I had in mind but I needed to start somewhere, and in my mind's eye it seemed like a wise, practical decision. Plus I would learn musical history as well as theory, which I was certain would be useful down the road. I learned all the notes, I learned to read music and in turn learned to write music. Sadly all this knowledge would go to waste in the future as I was always drumming or singing and felt the knowledge wasn't required to do said things.

Over the years I lost that knowledge but never once did it hinder or hurt my musical endeavors. I truly believe that when music is in your blood you will produce positive results wether you have the practical book smarts of it or you don't. True creative genius can't be held back by rules and theories. This always made me think of AC/DC's guitarist Angus Young. I remember hearing somewhere he only knew how to play 3 notes or chords on his guitar, yet he was in one of the biggest, successful rock bands of the seventies and eighties. That story always filled me with pride, hope, and the perseverance to pursue my childhood dream. 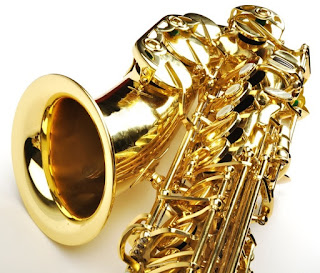 Now here I was in my first real band with real instruments, even though the band was more of a 20-30 piece as opposed to a 3-5 piece band. I also made some great friends in that class and in a sense started to develop my persona as a "hero for the nerds" Why did I feel this persona necessary? To be quite frank I was a nerd to, I was into all the same stuff these guys were, drawing, comics, video games, computers, movies, wrestling, etc. I guess the only difference was metal, which in turn gave me a different outer exterior in comparison to my friends as well as a tough guy rebel edge. There was no question who the "John bender" of this "breakfast club" was.

I am and have always been what I consider a "cool nerd" Some of the wannabe bullies at school learned quick not to mess with these "nerdy" kids, because when they did yours truly would unexpectedly show up to save my friends and in turn save the day....like a superhero for the geeks and nerds. The bullies would be shocked that someone like myself was defending a nerd, but it was pretty clear and explanatory.... You don't fuck with my band!
Posted by Kabal at 05:58