So let’s do a quick recap of 1996 shall we? One of my best friends dies, I find love, I move multiple times, Black Belt Jones breaks up, Wiggaz breaks up....that’s about it in a nutshell. Speaking of which, just as BBJ played our final gig at Ching Park in Brampton, one of the final Wiggaz shows I remember was also in Brampton. This gig in particular was at a shopping mall I used to frequent as a teenager because Chuck E. Cheese was located there and it was the only place in town I could play the tag team wrestling arcade machine. 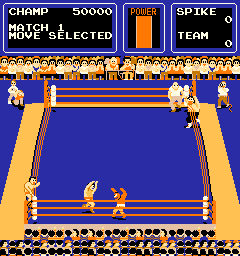 Now here I am 23 years old performing in said mall. It was quite surreal, and Brampton seemed to not want to cater to live music around this time, so there were all of these ridiculous stipulations included....like having to have two police officers present. So basically the promoters were losing money because they had to pay for the cops to stand there and do nothing, meanwhile the people doing all the work (bands included) weren’t making any money. It was truly a frustrating time for the scene, yet it was satisfying to be playing there for me personally, and even more satisfying to see the looks on the faces of the cops when the devil himself, in a Herb Tarlek suit, met them eye to eye whilst approaching the stage.

There was also a new wave of younger punk bands emerging from the Brampton scene at the time, most notably Perfectly Normal and Dylan Dog. The bands Fence and Dirge were still doing their thing, yet I think Fractured had folded by this point. Viciousphere was still going strong, and Knuckles our faithful engineer had started a band called Xanax with a few friends. Some of the guys from Yet Another Posse had also started a new band called Bad Blood which was pretty exciting, as they were now incorporating live musicians into the fold.

Meanwhile on the international front a “nu-metal” band named Korn released their second album “Life is Peachy” and it seemed like a lot of local bands were now trying to emulate their look and sound. I personally found Korn to be very repetitive musically and they just didn’t appeal to me.

Here are a few other note able musical happenings that caught my attention that year:

That’s all for now folks, join me next time as we jump into 1997, one of the most important years of my life...