The year was 1982 and it was yet another brutally cold winter in Ontario Canada. Back in the days it seemed like the snow was up to my armpits whenever I made the trek down my long street to the bus stop. Maybe it's because I was smaller, but I'm almost convinced we do not get nearly as much snow these days as we used to...and that's fine by me! Mind you at age 9 I was super pumped about getting my GT snow racer and heading down to "the pits" with the guys where we would presumably rip up some crazy trails! 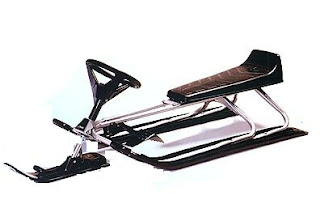 I had made a small circle of friends when I started school. It was always the same crew pretty much all through grade school which included myself, Shawn, Jonathan, Craig & Duane. This Christmas every kid wanted a GT snow racer, and we were no exception. When I came downstairs that Christmas morning, my GT was there in all of its glory and I can remember just wanting to ditch Christmas and go hit up some slopes. However that was out of the question so I rolled with our regular holiday agenda that we adhered to every year.

I finished opening gifts, got ready to head over to my Greek grandparents for our lunch festivities, and then to my moms side of the family for dinner. If we were visiting my mom's sister Donna in Cobourg we would usually stay the night as it was a good 2 hour drive. I loved going there and have many fond memories. They had a nice house with a big pool and a huge fence less backyard that spanned back into hills and woods which was all sacred Indian land at one point. My uncle would always tease us and say not to go to far out there or the Indians would get us.

Their neighbors had these wild huge dogs that lived in kennels out back and the highlight of our visit was bringing them bones and scraps after dinner. They would just go bolistic! They used to scare the hell out of me but I got such a rush from it...just like my scary movies I loved dearly! My cousins also had Atari before we got our coleco vision so in my younger years i loved going there and playing beserk & space invaders. I even remember having my first full blown videogame meltdown when I couldn't pass a certain level. Everyone was laughing and got such a hoot out if it, they couldn't understand why a game had got me that upset! If you're reading this and you are a gamer then you know what I'm saying here! We've all smashed our fair share of joysticks over the years!

The reason I liked going there the most however was the fact my older cousin Jamie had all kinds of good records and he would always allow me to listen to them, which was probably why he decided to start giving me a record for Christmas every year. I remember him playing me a Cheech & Chong record and I couldn't stop laughing nor could I get enough of it. Jamie was responsible for turning me onto my favorite band AC/DC and in 1982 he would give me the next record to expand my musical horizons. The record was from a Brittish band called "Iron Maiden" The album was entitled "the number of the beast(666)" and it's album cover was the most beautiful thing I had ever laid eyes upon... 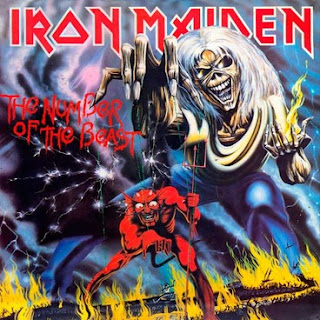