Well, what can I say? I haven't really written much this year after making resolution that I would. Truth be told I was having a bit of writers block, and memory block for that matter. I was a bit unclear of the order of events at that point in my life, but alas things are coming back now. My friend TJ aka Bob sent me a DVD of a Wiggaz reunion gig from August 1997 and watching that literally helped me fill the gap from where I was stuck in my story. It's amazing how one thing can open all these doors in my mind. I checked the blog stats for the first time in I don't even know how long, and I was surprised to see I was still getting hundreds to thousands of views a month.
Moving forward I am really trying to make a conscious effort to write more...

I was also finishing up multiple musical projects which is all I mainly posted about this year, and I decided to just enjoy my summer and my time with my son...not too mention I have been playing quite a bit of Xbox with one of my top rap icons, Cage. If you are not familiar with him you should definitely check out his music.


As expected i haven't really taken much of a break from music. I've already started writing concepts and made a few new skeleton tracks for my next full length "North of Hell" which I was really planning on taking my time with, but the ball is already rolling more so than I expected. 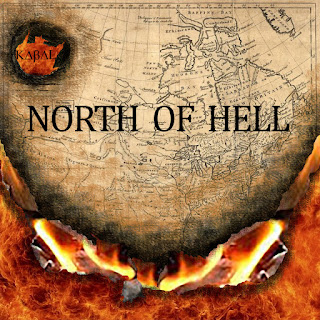 I've started writing lyrics for some songs my old Black Belt Jones cohort Prince Pauly sent me so that has been quite fun on the creative front. Next month I will be performing with Street Trash live at a town near some of you, more details TBA soon.

I hope everyone had a great summer and I look forward to continuing on with the story...