Rebirth of a Band 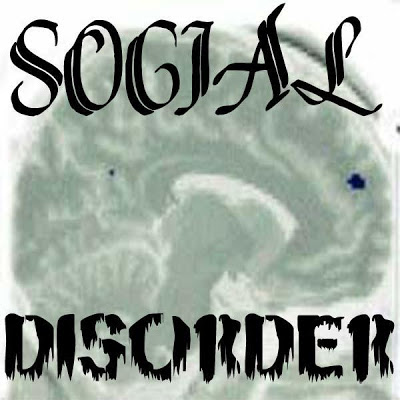 After the positive feedback we received at the 2nd annual cat shit party, we decided to carry on as a band, regardless of the fact we no longer had a bass player. Somehow I managed to get my hands on a bass guitar, so I decided I would now sing and play bass. I quickly learned that this was no easy task. I'd practically spend all day in my room after school learning to play our songs. After the first week I had two songs learned and under my belt. When it came time to jam however, I was struggling with the double duty. I could play a song on bass, I could sing a song, but trying to do both simultaneously took a lot of hand/mind co-ordination.

We spent the first jam merely working on one song, and even after a full day of rehearsal I still wasn't nailing my tasks as I had hoped to. I could make it through the song, just barely, but it seemed like we were getting somewhere, and we now had a sense of re-birth amongst us. It was as if our band had been given a new life or a second chance.

With all of us feeling that magical moment, we decided to document the jam via photography. I'm not quite sure why, but we had a black wig that was floating around, probably from Halloween that had just passed. For some unknown reason we decided to take turns wearing the wig during the photo shoot. I guess we thought there was something comical about it, I'm not really sure. That wig would go on to be nipped by Steve Waller at a party I had, who later turned it into a dreadlock wig that he would wear around for fun while doing his best Rastafarian impression.

We also decided to go down to one of the local cemeteries to take some more snaps for our photo shoot. Sanjai accompanied us so he could play photographer for the day. I don't know why we chose the graveyard, I guess it seemed like a cool, hardcore place to take some photos in an otherwise uninteresting small suburban town.

We got the photos developed ASAP and we threw together a flyer with individual photos as well as a group photo. This would be our new advertisement per say, even though we still had a butt load of business cards that still had Scott's name on them.

We had a new arrangement now, we had new life, we had a new attitude, and we had a new outlook on the future of our band. This seemed like the beginning of something amazing with incredible potential, little did we know we couldn't be any closer to the end of our existence... 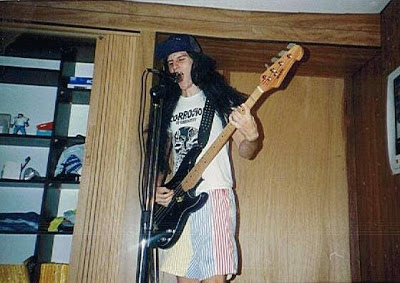 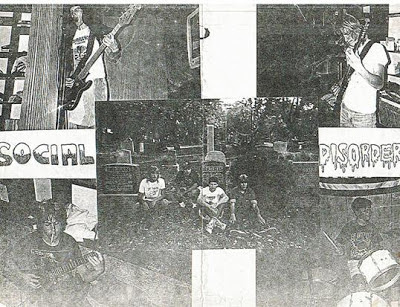 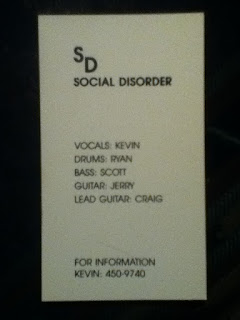